This building was originally constructed as a Carnegie Library in 1903 with a $25,000 gift to Dawson City as long as the City would provide a lot and guarantee upkeep of the library.  The building was of frame construction with metal finishing on both the inside and outside.

Declining population closed the Library. Yukon Lodge No. 45 purchased the building in 1934 for $400.00 and renovated it to accommodate the Lodge. As permafrost was present the building was always shifting and had to be levelled constantly. As the building deteriorated a major renovation took place in 2003 with the inside walls all sandblasted and painted. The outside metal was removed, insulation placed, new wiring, the metal replaced and painted. The foundation was excavated beyond the permafrost and filled with gravel and the building placed on blocks. In order to accomplish this the building was moved onto the street for a month.

The Lodge provides an annual $500 bursary to a worthy local student. The 100th Anniversary celebration took place in 2001. Our Lodge building is unique, being of metal cladding inside & out, one of only a three in Canada. At one time the Preceptory, Royal Arch Masons & Order of the Eastern Star were tenants in the building, however only Yukon Lodge remains here. Freemason’s came to Dawson City for the Klondike Gold Rush in 1898. As a historic Lodge the Brethren meet only three times a year.  Our future is uncertain. 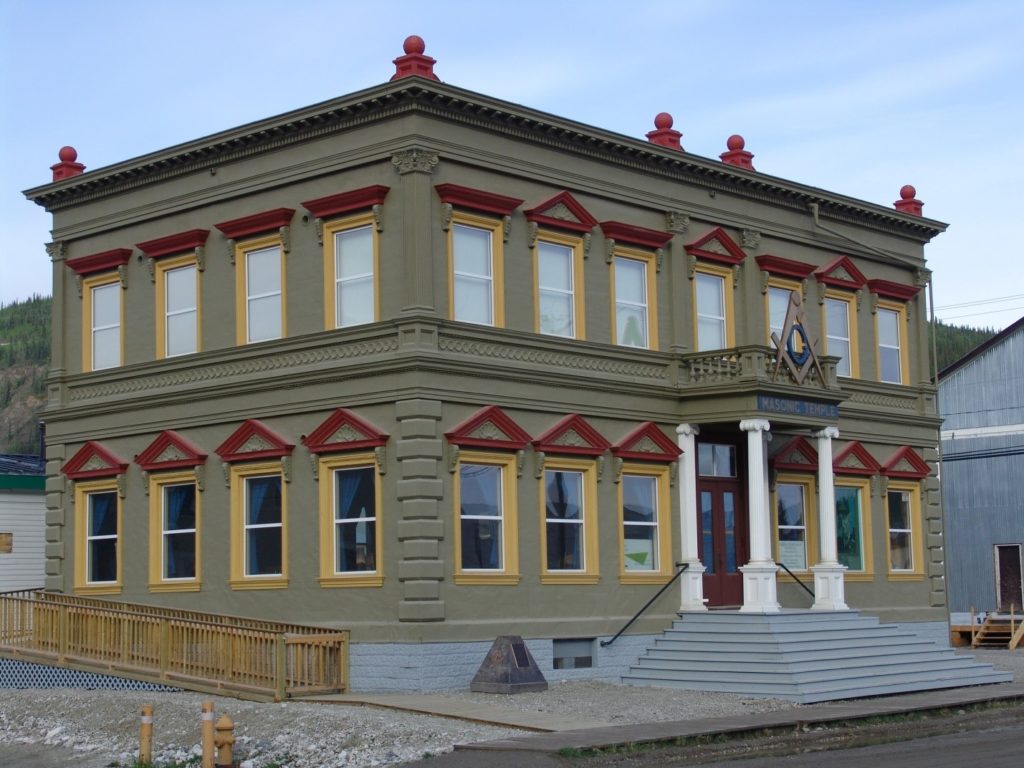 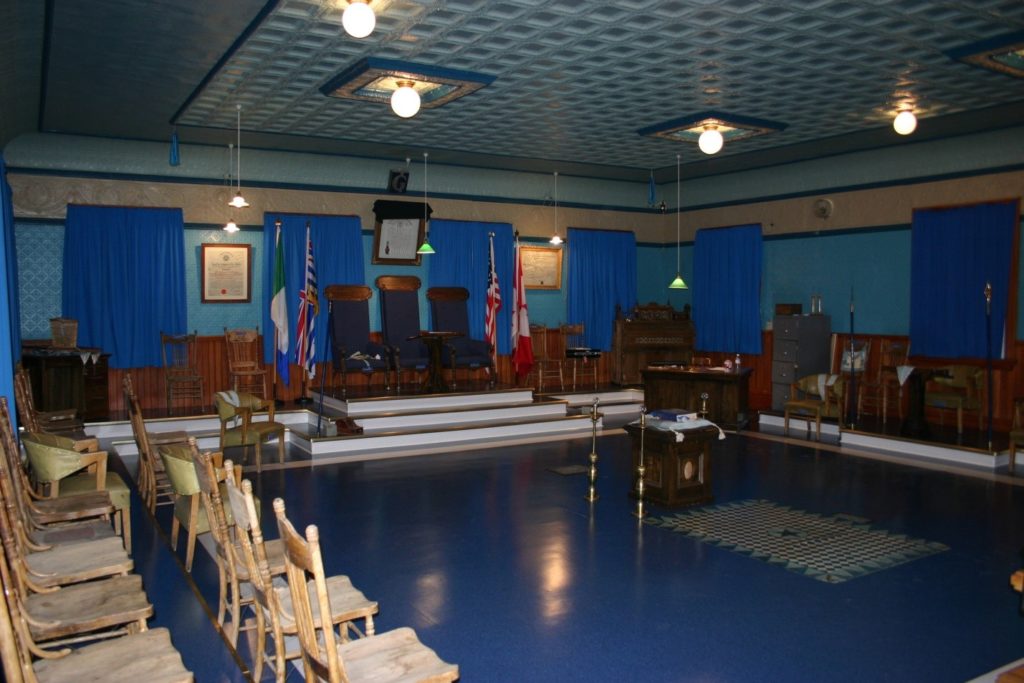 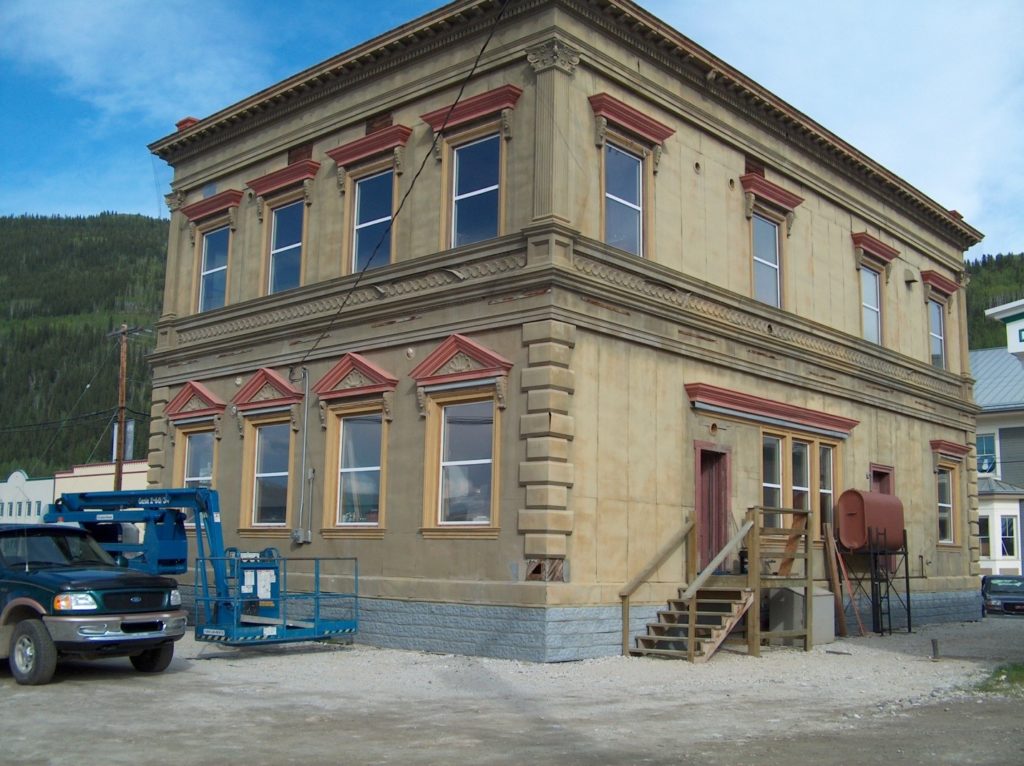 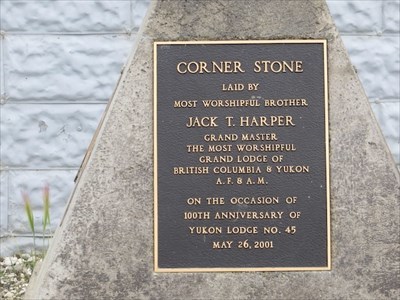 The Masons and Odd Fellows held their First Sessions in Dawson. “A Masonic meeting”, held at the Pioneer Hall, Saturday evening, would indicate that nearly one-half of those coming in that year belonged to that fraternity. The meeting was of a social nature, and is reported to be the first Masonic assemblage in the Yukon. This gathering took place in a tent on the corner of 2nd Avenue and Princess Street. Immediately after the meeting a number of Masons, who were predominantly members of Lodges under the jurisdiction of the Grand Lodge of Manitoba, petitioned that Grand Lodge for a dispensation to open a Masonic Lodge at Dawson City under the name “Klondyke Lodge”.

On August 21, 1900, a petition for the formation of a Lodge, this time in the name of “Yukon Lodge”, was presented to the members for their signatures. On December 27, 1900, Yukon Lodge No. 79, under a dispensation from the Grand Lodge of Manitoba, met for the first time. In 1901, a Charter was issued to Yukon Lodge No. 79 and a new Masonic District was created for the Yukon Territory. The Lodge functioned for six years under its Manitoba Charter but it soon found that its business relations had become more directly connected to British Columbia.