Vanderhoof Masonic Lodge No. 119 received its initial dispensation to form a Masonic Lodge on March 26, 1928, just two years after Vanderhoof, itself, was incorporated in 1926.  The village of Vanderhoof was on the main line of the CN Railway, between the cities of Prince George and Prince Rupert.  Dispensation to form a Lodge was issued by the Grand Master on March 26, 1928, and it was instituted by the District Deputy Grand Master for District No. 4 on June 13, 1928. At the Annual Communication of Grand Lodge in 1928, it was thought advisable to allow the dispensation to stand for another year, as there had been reports of difficulties in the new Lodge.  A visit from the new District Deputy for District 4, on August 21, 1928, cleared matters up, and when he visited the Lodge again on May 30, 1929, he found everything satisfactory.  Grand Lodge was still of the opinion that the Lodge should be left under dispensation for another year.

While under dispensation, the Lodge Brethren discussed the ideas of dropping the name of "Vanderhoof" in favour of the more descriptive "Northern Gate Lodge".  The Brethren sent a petition to the Annual Communication of Grand Lodge in June of 1929, asking for the change, which was referred to the incoming Grand Master. Whether he ignored the matter or the Brethren changed their minds, is not known, but the matter of changing the name of the Lodge seems to have fallen by the wayside.  The Lodge was officially constituted as Vanderhoof Lodge No. 119 on June 10, 1930.  The first Worshipful Master was J.P. Myers, for whom the Lodge building is named.  The District Deputy complimented the Worshipful Master, who had to travel 150 miles to preside over the Lodge.

The J.P. Myers Memorial Hall was originally a historic schoolhouse in Vanderhoof until the local Masons moved it to its current site on 4th Street.  The building was also once used by the Order of the Eastern Star but is now used exclusively for Masonic Lodge meetings. Having shared a long history with the town, Lodge No. 119 is an enduring feature of Vanderhoof.  The lodge members do community volunteer work to raise building operation funds with Nechako Valley Exhibition Society, Vanderhoof International Air Show Committee and other non-profit opportunities that arise. 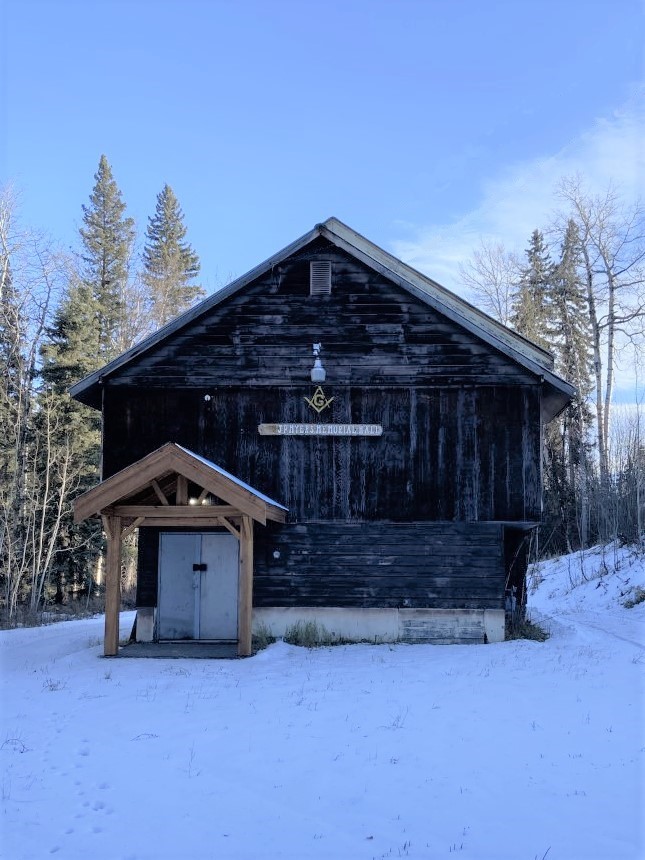