This building, the Trepanier Masonic Centre, is an historic part of Peachland’s downtown. It was constructed in 1938 as a Masonic Temple. The original costs in 1938  were $130.00 for the property and $2351.00 for the building. The building’s second floor was designed solely for the purpose as a Masonic Lodge room. The main floor of the building has served many businesses over its life. These businesses included a bank, butcher shop, real estate office, sewing shop, a cable television company and most recently, several restaurants. The building has been in continuous use since its construction. 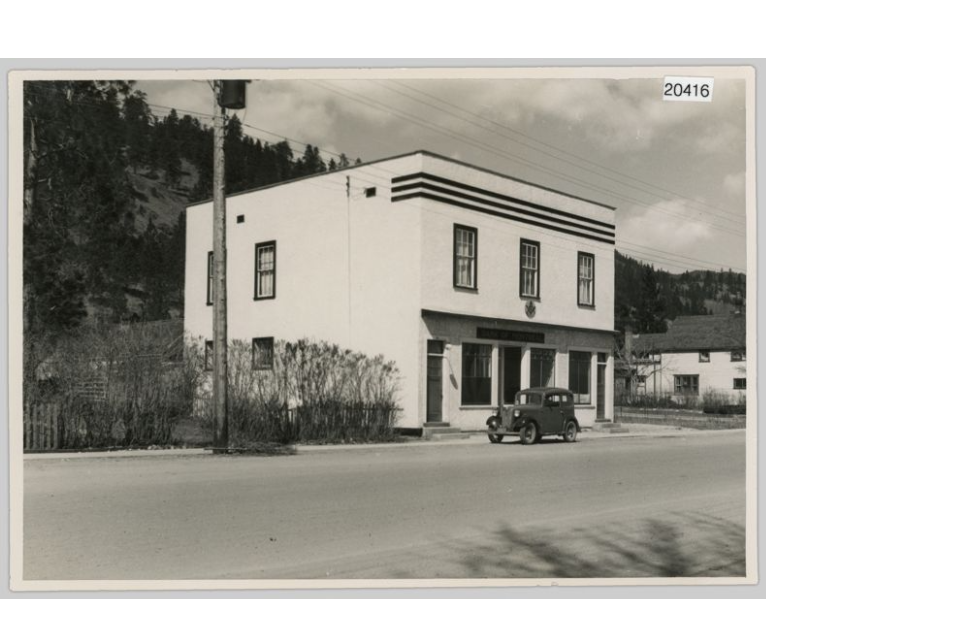 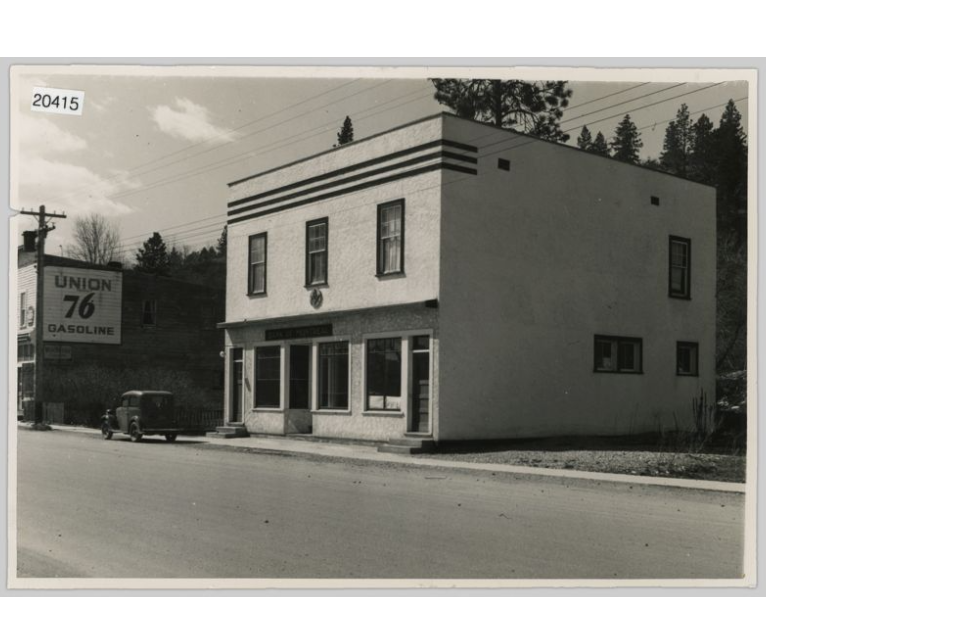 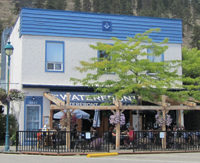 Peachland Lodge No. 56, How We Got Here

The Lodge minute book records the inaugural meeting of this Lodge being held during August 1913. This first meeting was held in a room above the local general store. The room served the Lodge until the construction of the present building on Beach Avenue in Peachland. The Lodge worked under dispensation until August 1920.

As many other early Lodges experienced, Freemasonry was practiced in accommodations that were less than ideal. Members recognized these deficiencies and struggled to raise funds to purchase property and construct their own building. They were successful, and the first meeting in the new building took place during September 1938.

In 1906, local interest in forming a Lodge grew, and the first meeting was held in March, over Adams Store in Lower Town, Summerland. In February 1909, Dispensation was granted from Grand Lodge, with the Lodge being instituted in March. The Lodge charter was granted in June and Summerland No. 56 was constituted in 1909.

After a period of using the Adams Store, Lodge meetings were moved to Summerland’s Orange Hall. Local economics were favourable for the Lodge to rent, rather than own. They continued with these arrangements until 1958, when the members were able to purchase a United Church building in Summerland. This was their home until the costs of maintaining and operating a heritage building became unreasonable. The Brethren sold the building and chose to rent space in the local Kiwanis Centre. That space was less than ideal and the logistics of having to move their lodge furniture into place for each meeting prompted another move, this time, to the Independent Order of Odd Fellows Hall at Summerland.

The Consolidation of Summerland No. 56 and Trepanier No. 83

Declining membership became a concern for both Summerland No. 56 and Trepanier No. 83. The Worshipful Masters from these Lodges recognized that closure was a genuine threat. During 2017, they began discussions on the possibilities and the options for a consolidation. The road to Lodge consolidation is fraught with uncertainty and concern, often mistrust, and this effort was no exception.  After months of research, consultations and discussions, the two Lodges met separately and simultaneously.  The vote was called. It was not a surprise that the members recognized their situation and both Lodges voted in favour of a consolidation. Peachland No. 56 was the chosen name for this new Lodge.

At a meeting in September 2018, at Kelowna’s St. George’s Freemasons’ Hall, Grand Master, Most Worshipful Brother Barry Burch, with the assistance of his Grand Lodge officers, consecrated Peachland No. 56, and a warrant was granted.  At this same meeting, the warrants from Summerland No. 56 and Trepanier No. 83 were surrendered, new officers were installed and Peachland No. 56 became a working Lodge in its own right.