Our Masonic Lodge building, erected in 1937 for Fidelity Lodge No. 32, is a landmark building on Victoria Street in Trail, B.C. Corinthian Lodge, No. 27, A.F.& A.M.was constituted in Rossland, B.C. on January 26, 1896. On December 16, 2004, Fidelity Lodge No.32 and Friendship Lodge No.144 of Trail, B.C, consolidated with Corinthian Lodge. The link to this page contains information about freemasonry in the Greater Trail region, the history and the influence its members have had over the years.

In July, 1890, the mining claims which made the LeRoi Gold Mining Company were staked on Red Mountain, near where the old Dewdney trail crossed the Columbia River. There was a rush to the newly discovered mines and Ross Thompson's preemption claim became a city, which, from his name, became Rossland. Among the thousands who came were many Freemasons, and it was not long before steps were taken to establish a Lodge. On September 14, 1895, an informal meeting was called to discuss the matter. Steps were taken to provide a place to meet by building a rough hall on a lot opposite the old Court House, the title to which was in litigation, and the only right the builders had was a squatter's right.

This took up the energies of the promoters until December 5, 1895, when a meeting was held to organize a Lodge. A petition was drawn up and signed, approved by Nelson Lodge No. 23, and forwarded to the Grand Master, who, after receiving reports, issued the neces­sary dispensation on March 4, 1896. The charter was granted by Grand Lodge on June 19, 1896, and the Lodge was constituted on November 19, 1896. The Lodge did not have to worry long over its title to the property on which their first hall was built as the building was burnt down in July, 1899 and, pending completion of a new Masonic Temple, the Lodge held its meetings in the Baptist Church. Corinthian Lodge practised the American work. 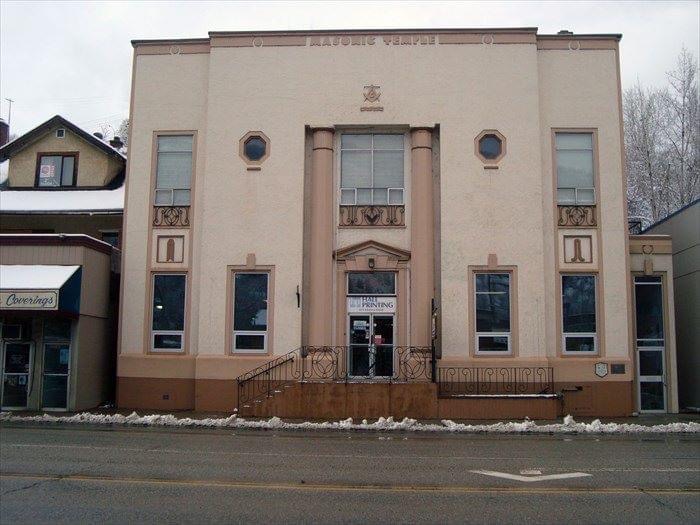 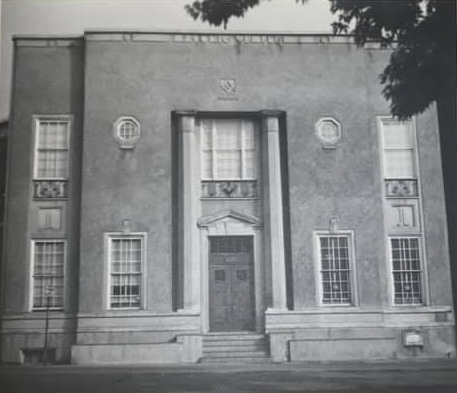 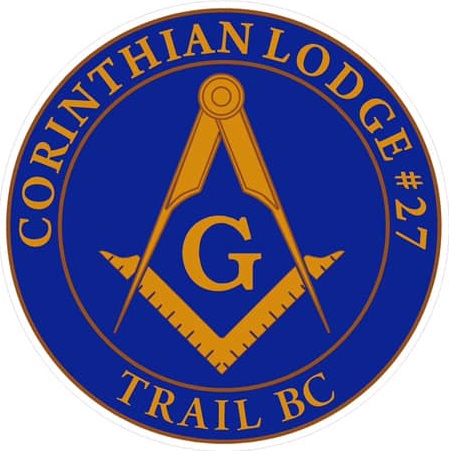 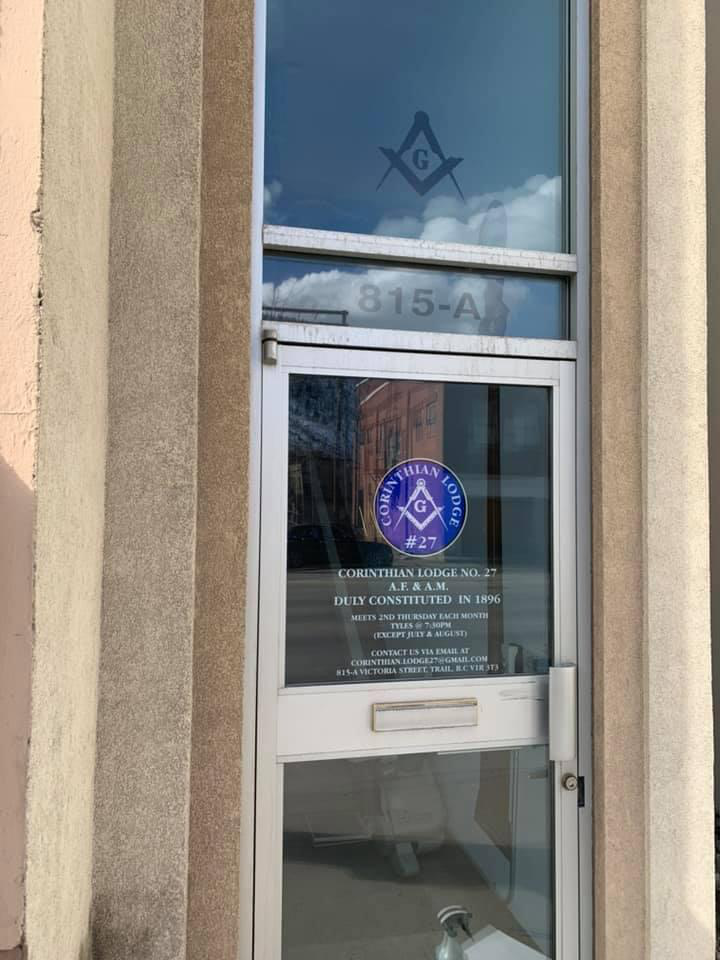 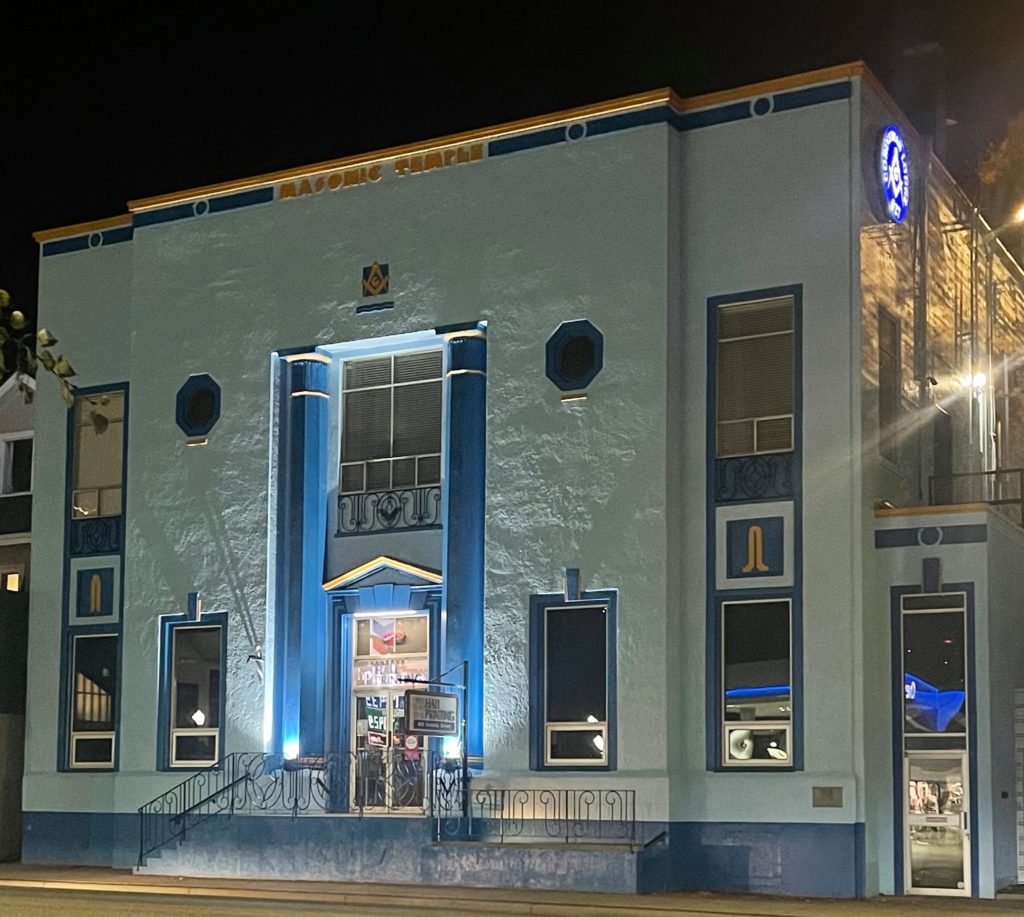 The history of Freemasonry in Trail is more than just Corinthian Lodge. There once were a total of four Lodges, three of which were constituted within the City of Trail.

In 1930, Fidelity Lodge purchased property on Victoria Street. In 1937, the Masonic Temple was built by contractors Moncrief and Vistaunet. Masonic Halls are classical in design and architect William Fredrick Williams stayed with this convention. The cornerstone was laid by Grand Master, Most Worshipful Brother J.S. Henderson.

The two-storey, plus basement, building has commercial space on the main floor with Lodge meeting rooms, banquet room, regalia room, library and a kitchen on the second floor. In the basement, the Scottish Rite, Kootenay-Boundary Lodge of Perfection and Kokanee Chapter of Rose Croix all have meeting rooms.