A century in the making

This building is a fine example of a simple and elegant Masonic structure.  It was purpose built over 5 years starting in 1924, funded by members of Mt. Newton Lodge No. 89 and Eastern Star Ruth Chapter No. 22, the latter being a Masonic organization for women of all ages and backgrounds that is over 150 years old. It is a rectangular building constructed due East and West as Lodge halls should be (if possible) and has a large banquet room and a full kitchen and bar on the main floor.  The Lodge room, or Temple, is located on the upper floor.  It is managed and owned by the Saanichton Masonic Temple Association which was formed by the two founding groups and is now solely managed by United Peninsula Lodge No. 24, an amalgamation of three Lodges.

United Peninsula Lodge No. 24 is actively involved in charitable and community-based ventures.  From food banks and hospitals to military service organizations, its members take pride in being energetically engaged in supporting their local community.  There are also 5 scholarships given out each year to students pursuing higher education.  You can learn more about United Peninsula lodge No. 24, its history and community involvement further down this page. 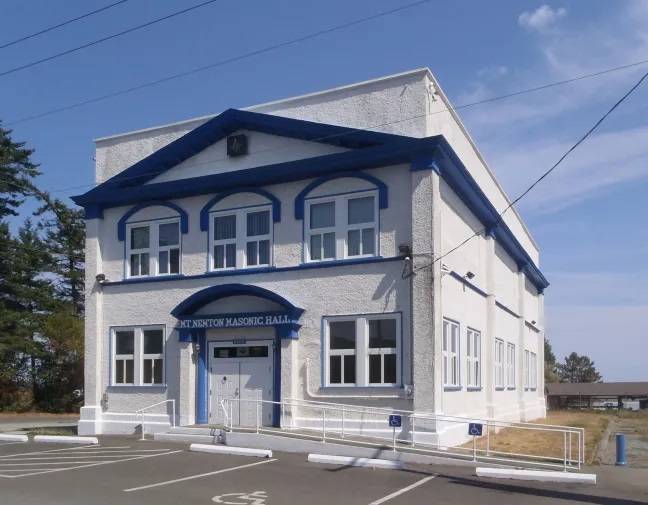 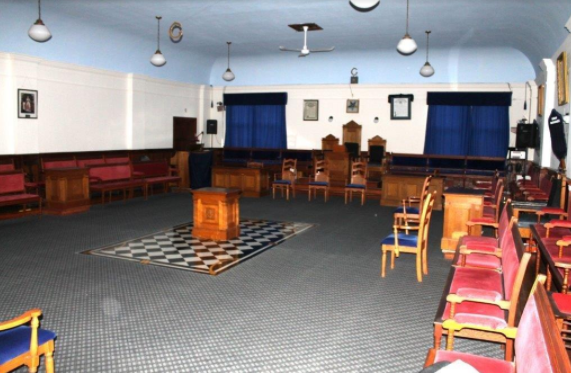 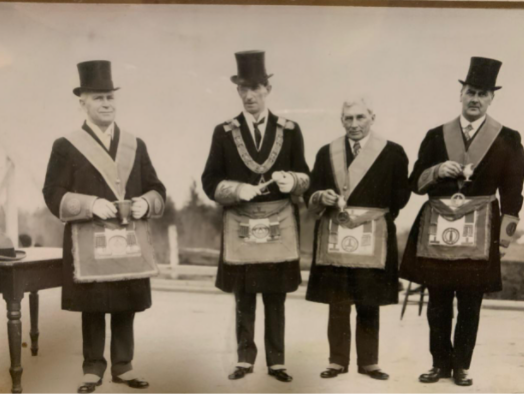 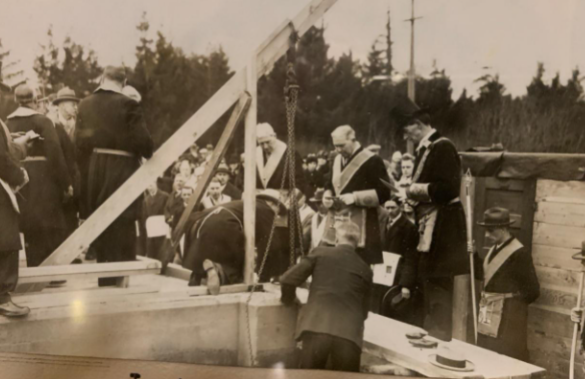 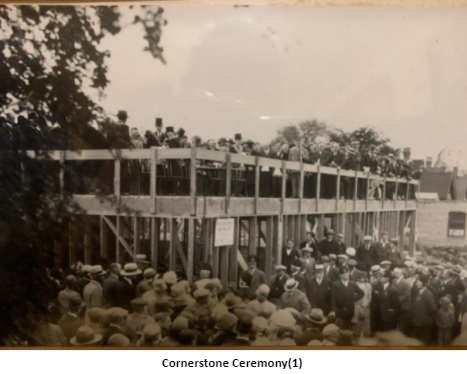 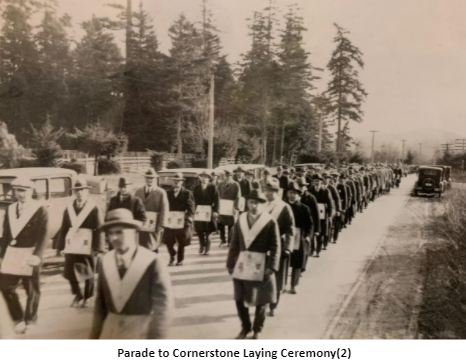 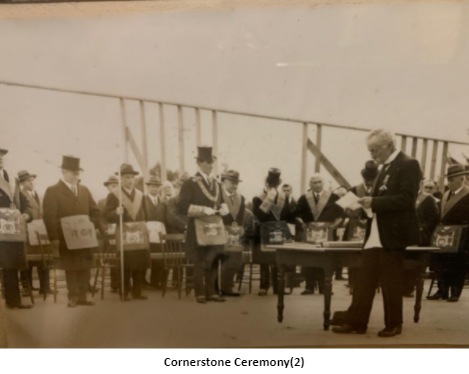 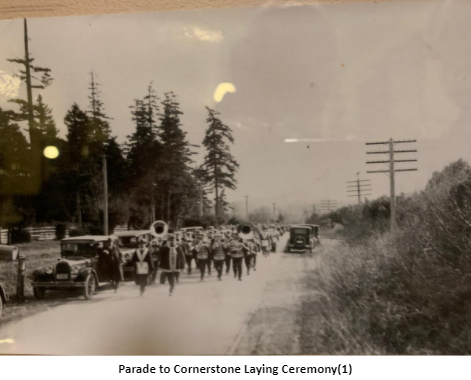 Financing the construction was aided by the issuance of fifteen shares; twelve shares were held by Mt. Newton Lodge and three by Eastern Star Ruth Chapter. The Lodge subsequently acquired all the shares and bought an additional piece of land to the south, which is currently being used as a parking lot.

The two story, wood constructed, rectangular-shaped building is 73 feet long by 32 feet wide. It is situated in an east-west direction. The construction of the building took approximately five years and was completed in 1929. The main entrance to the building is located on the west side; the lower floor has a large banquet room which holds up to 100 guests, with a full kitchen and a bar; and the Lodge and the ante rooms are located on the upper floor. The foundation stone for the building was laid on February 23, 1929. The ceremony was presided by the Grand Master, Most Worshipful Brother Robert Baird.

United Peninsula Lodge has a strong association with the Canadian Armed Forces, with many members in the Navy and employed at the Dock Yard in Esquimalt.  Currently there are approximately 110 members within the Lodge.  The Crest of Lodge shows an anchor for United Service (Navy), a sheath of wheat for Mt. Newton, (farming) and Blue (sea) for Sidney Lodge.

United Peninsula Lodge No. 24 meets at 7:00 pm, first Wednesday, from September to June. You may contact us by email secretary@unitedpeninsula.ca or through our website: https://www.unitedpeninsula.ca

If you wish more information on joining our Lodge please visit https://www.unitedpeninsula.ca/becoming-a-freemason.html 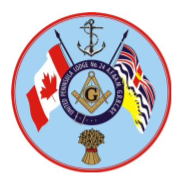 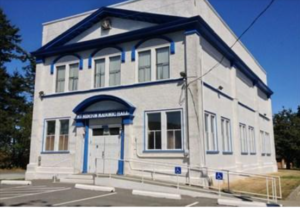