The Masonic Temple is a large single storey rectangular hall style building constructed in 1936 located on the northeast corner of Front Street and Shepherd Avenue in Downtown Quesnel, BC. The historic place includes the building and the parcel of land it occupies.

The Masonic Temple is located in Downtown Quesnel which is the commercial and administrative centre of the city. The building is a physical reminder of the organizations that shaped the development of Quesnel.

Many of the original Freemasons in Quesnel were from eastern Masonic Lodges. They had come west to the Quesnel area to mine for gold and they wanted to have their own branch. In 1866, Williams Creek at Barkerville was the first Freemason Lodge. It became the Cariboo Lodge No. 469 A. F. & A. M. in 1867. The Freemasons in Quesnel wanted to have their own lodge. In 1913, Quesnel Lodge No. 269, A. F. & A. M. was established.

The Freemasons have occupied the Masonic Temple since it was constructed by local contractor C. E. Markle. George Johnston, of Johnston Brothers Motors, was the first man to join the new lodge in Quesnel. His father was a member in Barkerville. Many pioneering businessmen in Quesnel were Freemasons. Charles Allison was the first Master of the Quesnel Masonic Lodge and later became the District Deputy of Grand Lodge of BC. From 1911, until the completion of this building in 1936, the Freemasons occupied the upper floor of A. J. Elliott’s Tobacco and Billiard Hall on Carson Avenue. 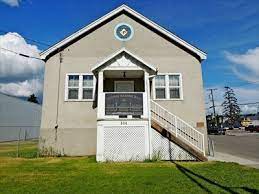 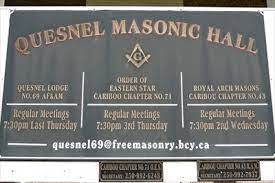 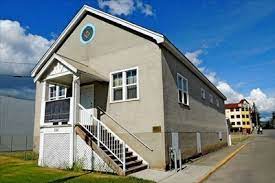 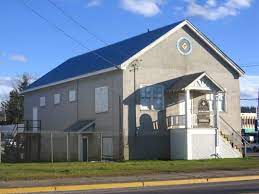