The current Lodge building was opened on January 12, 1932, after its predecessor burnt to the ground in 1930.  The destroyed building had been a provincial courthouse, later purchased in 1923, and pulled on skids by a team of horses to this site from the downtown area. 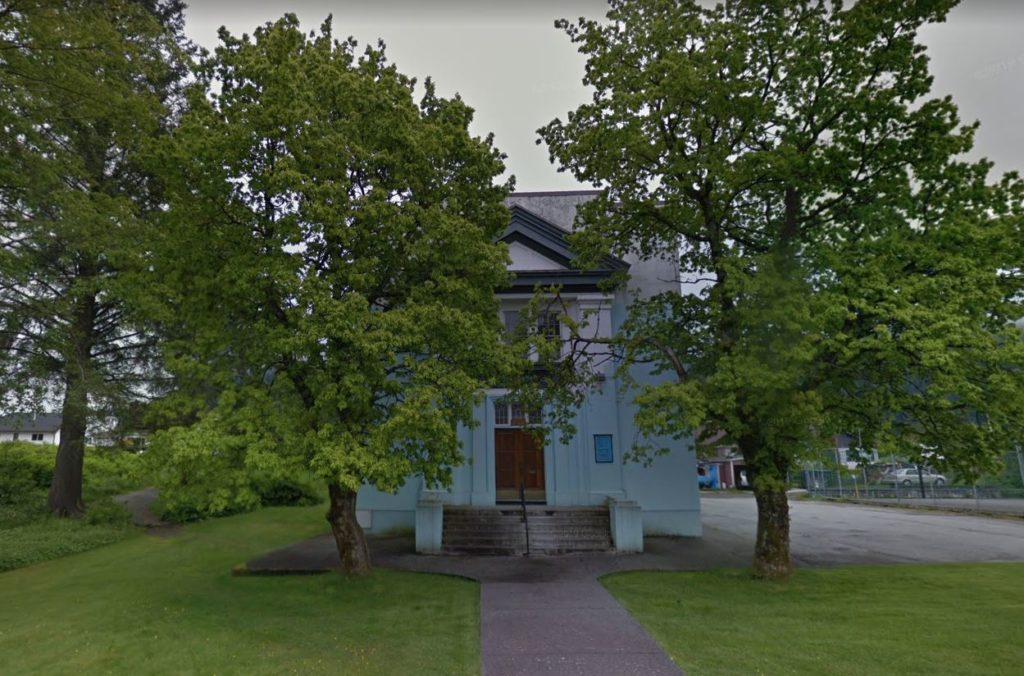 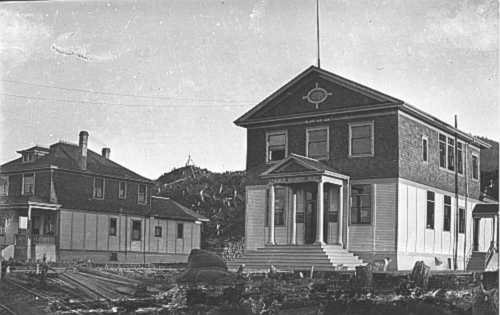 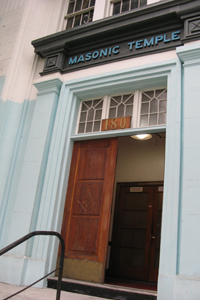 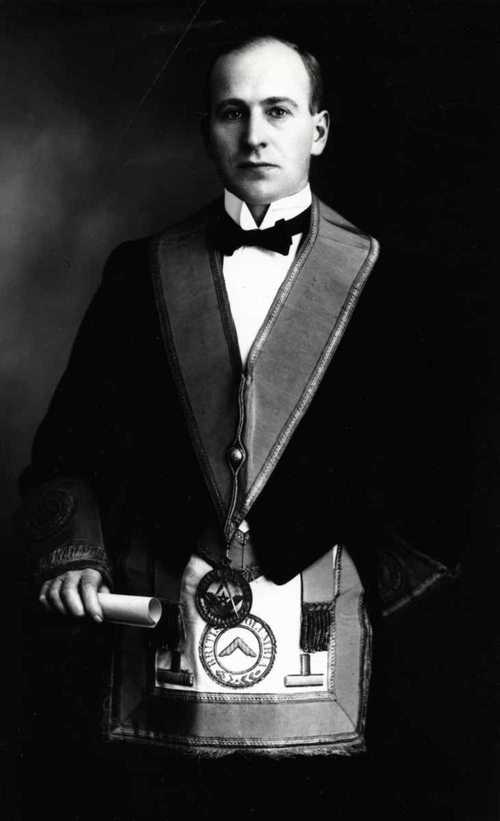 This city is situated on Kaien Island adjoining the Tsimpsean Peninsula near the mouth of the Skeena River south of the Alaskan Panhandle: The town site and the harbour were named after Prince Rupert, the dashing cousin of King Charles II of England, and the first Governor of the Hudson's Bay Company. While Prince Rupert was a relatively new town, the members of the Craft ready to join in the movement numbered nearly one hundred, hailing from many juris­dictions.

On June 28, 1908, thirty Masons responded to a call for a preliminary meeting of the Prince Rupert Masonic Club with a view to organization and to arrange for applica­tion being made to the Grand Lodge of British Columbia for permission to organize a Lodge of Instruction.

On June 3, 1909, the Club considered what the Lodge should be called; ­"Triune", "Vespuga", "Shawatlan", "Tsimpsean", "Centra Costa" or "Kaien Island" were all considered. On the second ballot, Tsimpsean beat Kaien Island 15 to 10 out of the 25 votes cast.

Cariboo Lodge No. 4, "The Old Mother Lodge of Northern British Colum­bia," 600 miles to the east over a rough and rugged road, endorsed the petition for a Lodge of Instruction at Prince Rupert and recommended the application for a dispensation, which was issued by the Grand Master on December 23, 1909.

The Lodge was instituted by Right Worshipful Brother J. J. Miller, Deputy District Grand Master of District 2, on January 15, 1910. He travelled all the way from Vancouver for that purpose. The charter for Tsimpsean Lodge No. 58, at Prince Rupert, was ordered by Grand Lodge on June 23, 1910, and was constituted on July 23, 1910 by the District Deputy Grand Master under warrant.

The Lodge had seventy-three founding members, and from the date of the incep­tion of the Club until the dispensation was granted, it held twenty-nine meetings. On June 17, 1909, the Masonic Club, which had been in existence for exactly a year, expired.

The name of the Lodge comes from the Tsim­shian indigenous people. The Lodge uses the American work for its ritual.