The building you are standing in front of is owned communally by three Masonic groups that make up the Penticton Masonic Building Society. Orion Lodge No. 51, Penticton Lodge No. 147 and Edina Chapter No. 33 of the Order of the Eastern Star. It was constructed in 1970 and purchased in 2012 and has been extensively renovated to house this Masonic Centre.  The road to this union stretches back to the early days of this City and follows along with its growth and prosperity.  The story begins in 1908-09, with the formation of Orion Lodge No. 51 and, in the early 1950’s, the formation of Penticton Lodge No. 147.  These two Lodges have grown, thrived and practised their beloved Craft (as we call it) in this community as the city grew and thrived around them, and continue to do so to this day.

Community Involvement, Charity and the Growth of Freemasonry

Orion Lodge No. 51 and Penticton Lodge No. 147 are very active in the local community as well as the growth and continuation of Freemasonry in Penticton.  They have many Charitable endeavours, including the Cancer Car Program and Bursaries for students, and with the Local Order of the Eastern Star Chapter, raised $10,000 to support the Oncology Department and the Penticton Regional Hospital.  Penticton Lodge No. 147 even had an adventure in Serbia with local Freemasons and Royalty.  You can learn much more about the history, Masonic adventures and charity of these two lodges further down the page. 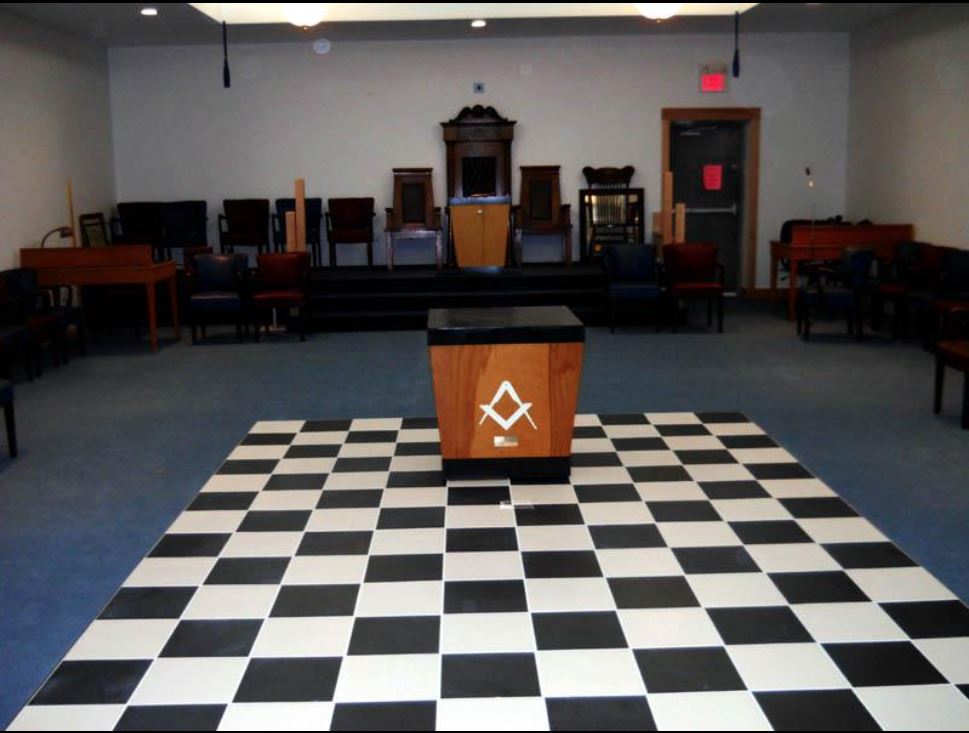 On June 3, 1908, all being in readiness and letters of Dispensation having been granted by the Most Worshipful Grand Master authorizing the formation of the Lodge, the ceremony of Institution was conducted by Right Worshipful Brother F.H. Barnes, District Deputy Grand Master of District 9. Many visiting brethren attended from Armstrong, Enderby, Vernon, Kelowna, and Hedley.

A silver mounted gavel made from the wood of a cherry tree planted in 1865 on the Estate of the Southern Okanagan Land Company, formerly the Ellis Ranch, was presented by Brother L.W. Shatford, M.L.A. who expressed the hope that the antiquity, vigor, and wealth of good fruit suggested by the tree from which the gavel was produced, might prove to be prophetic of the future great work to be accomplished by the newly instituted Lodge.

Also presented at this meeting were two swords with scabbards by Brother WM Jermyn, Charter Member. The swords are relics of the Peninsular War (1807 -1814).

On May 5, 1909, Okanagan Lodge changed its name to “Orion” to give it a more Masonic reference and to distinguish it from a similarly named Lodge south of the border.

On July 7, 1909, Orion Lodge was formally constituted by warrant of the Grand Lodge. On this occasion the Grand Lodge was represented by Right Worshipful Brother B.F. Boyce, District Deputy Grand Master, District No. 9, and Right Worshipful Brother J.F. Burns.  The officers-elect of the newly constituted lodge were duly installed in their respective chairs. Thus commenced the one hundred years plus history of Freemasonry in Penticton, British Columbia.

In 2009, Orion Lodge No. 51 erected an engraved black granite obelisk next to City Hall that commemorates our centennial. The Freemason’s Okanagan Cancer Car Project operates a vehicle located in Penticton that has provided over 2,080 patient trips to the Kelowna Hospital Oncology Clinic and back to Penticton with over 53,900 kilometers driven in calendar year 2021. This service is fully funded by Freemasons, staffed by volunteers, and provided, free of charge, to anyone suffering from cancer and residing in Penticton or the South Okanagan.  Additionally, our brethren continue to support such noteworthy charitable actions as annual bursary awards, and support towards other local charities.

Orion Lodge No. 51 meets here, at the Penticton Masonic Centre, on the first Wednesday of the month.

On January 10, 1952, a small, preliminary, gathering was held in the Library of the Penticton Masonic Temple to give some serious thought to the possibility of forming a new Lodge. It was evident that a sufficient number of prospective members would be available to warrant a petition to then Most Worshipful Grand Master, Most Worshipful Brother L. Healy, for a dispensation to form a new Lodge.

In February 1952, Most Worshipful Brother H.B. Morley was placed in charge of signing up prospective members, and making certain of their good standing. With more than thirty Brethren willing to participate, it was decided to immediately seek the approval of Orion Lodge for concurrent Lodge jurisdiction in Penticton and the surrounding District which it gave an immediate and hearty approval.  Most Worshipful Brother H.B. Morley was asked to proceed to Vancouver and place the petition before the Grand Secretary. The promptness with which the Grand Master acted in granting a Penticton Lodge No. 147 their Warrant, was appreciated by all concerned.

For over sixty-nine years, Penticton Lodge No. 147 has practised their beloved Craft, it has enjoyed many social functions, innovative meetings with distinguished guest speakers as well as raising scores of Master Masons. Some of these events were fundraisers for the benefit of selected local charities and bursaries. Favourites included Christmas Open House, where local dignitaries were invited to speak and enjoy the warm hospitality of Freemasons and the Spring Tea where our Ladies and those of our departed Brethren joined us in refreshment and repast.

In May 2018, an Official Fraternal Visit, sanctioned by the Grand Lodge of British Columbia, and the Regular Grand Lodge of Serbia, was conducted by six Brethren and their wives. Penticton Lodge No. 147 visitors were the guests of our sister Lodge George Fajfert Lodge No. 25, located in Belgrade. Opening Rituals were shared between the Freemasons of Belgrade and those used in Penticton.  Before leaving Belgrade, they were treated to an exceptional ceremonial dinner with all the brethren and their spouses present. Her Royal Highness, Elizabeth Karadjordjevic met with all attending. It was truly a Royal welcome and remarkable memory.

Our oldest surviving Past Master, Right Worshipful Brother Dick Norris, fondly recalls the days when Penticton Lodge was more of a Lodge of Perfection with a strict adherence to Ritual, no open book or prompting.  This devotion to doing ritual work correctly was infectious, and was a high standard unquestionably followed by the brethren who clearly celebrated Freemasonry, both inside the Lodge and outside in the community.