In 1954, the Peace Masonic Temples Association (P.M.T.A.) was formed. The following year, the search was on for a new building.

On March 23, 1956, the official grand opening of the Masonic Hall building took place.  The Most Worshipful Grand Master Dr. R.G. Large, of Prince Rupert, represented the Grand Lodge of British Columbia. Most Worshipful Grand Master Sam Harris, of High Prairie, Alberta, represented the Grand Lodge of Alberta.  There were 130 Masons from BC and Alberta present. The local paper heralded it as a red-letter day for Masonry and the town. By the late 60’s or early 70’s all debentures were paid or forgiven.

The Lodge building underwent a few face lifts during the 70’s and 80’s. Worshipful Brother Darren Chruikshanks spear-headed an engineered peak roof on the building in 2014 and air-conditioning was later added to make meetings more comfortable during hot weather.

Peace Lodge has never looked back since being instituted and we have been the only Northern Lodge to date to host Grand Lodge. 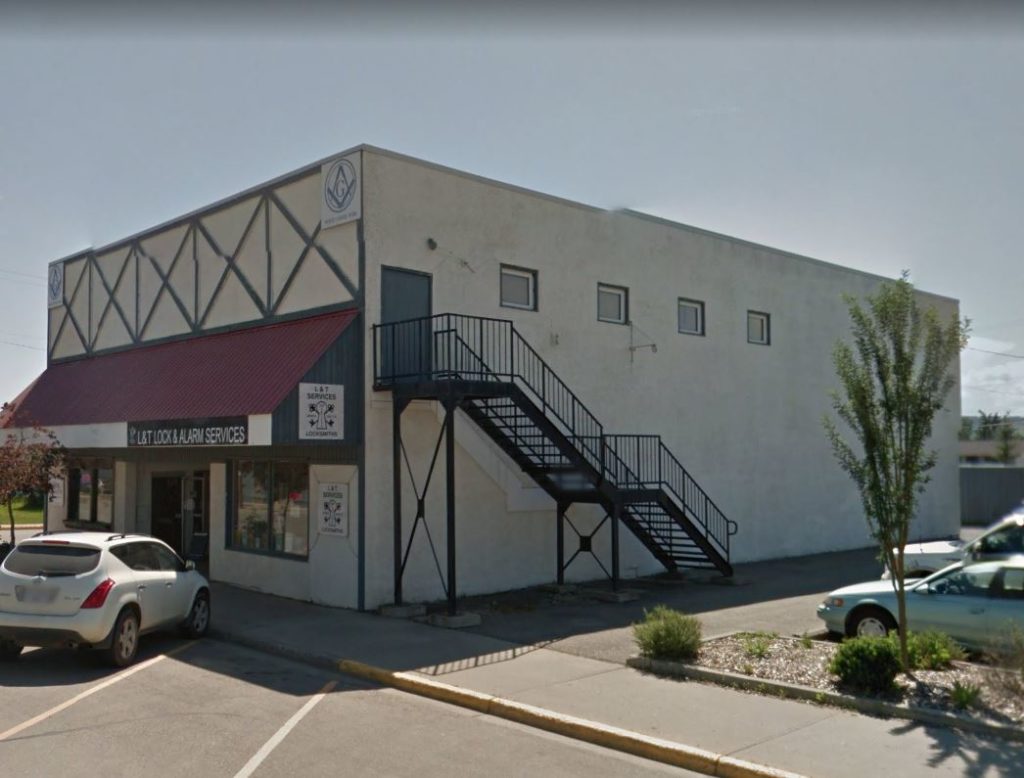 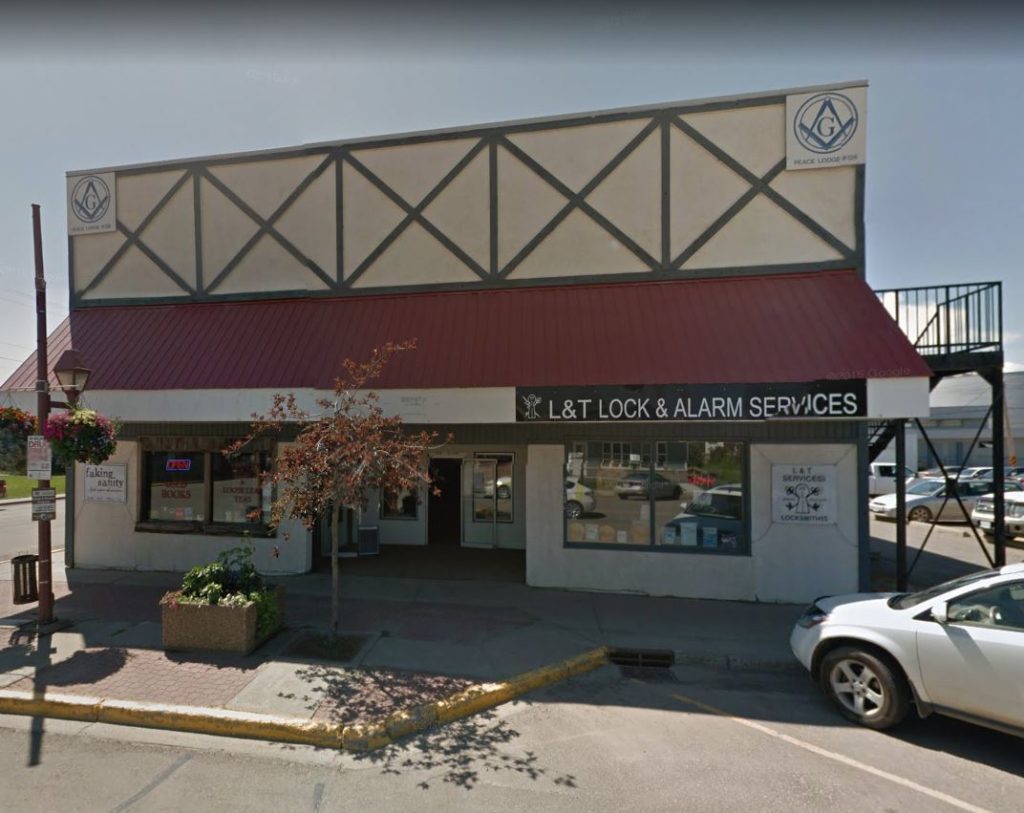 In 1932, the focus on Lodges turned towards the northeastern corner of the Province of British Columbia, and to the town of Pouce Coupe, which came within the jurisdiction of the Grand Lodge of British Columbia.  The Peace River Block, as the area was originally called, was opened for homesteading around 1910, and the first settlers in that year came overland, via Edson, Alberta. The towns of Rolla, Pouce Coupe, and Dawson Creek came into being some years later.

On June 22, 1933, the Grand Master reported that he had found it impossible to investigate the advisability of a dispensation, as the closest Grand Lodge officer was some 1500 miles away by rail.  He had, however, obtained a favourable report from two Past District Deputy Grand Masters of Alberta. In the Annual Communication that year, Right Worshipful Brother R.W. Grant of the Grand Lodge of Alberta was made an Honorary Member of the Grand Lodge of British Columbia because he "at considerable inconvenience” had visited the Peace River District to inspect conditions in connection with the establishment of a new Lodge at Pouce Coupe or thereabouts.

On June 18, 1936, the Grand Master stated he had issued a dispensation to Peace River Lodge at Dawson Creek, which had become the communication hub for the former Peace River Block.  The Lodge was instituted on June 16, 1936, by Right Worshipful Brother Grant of Wembly, Alberta, who at the request of the Grand Master of British Columbia, and with the permission of the Grand Lodge of Alberta, kindly undertook the duty.

On June 17, 1937, Grand Lodge ordered the granting of the charter to "Peace Lodge", at Peace River to be numbered 126 on the Register of the Grand Lodge of British Columbia, and that the Lodge be placed in its own particular district, Peace District Number 19.

On August 24, 1937, the Grand Master issued a Commission to Right Worshipful Brother Grant, as an Honorary PDDGM, to call an Emergent Communication of Grand Lodge in the Lodge Hall at Dawson Creek for the purpose of constituting and consecrating Peace Lodge No. 126 at Dawson Creek. All the Lodge officers hailed from Lodges under the Grand Jurisdiction of Alberta, and the Porch Book revealed after the ceremony that nineteen members of Peace Lodge were present, with forty-three visitors from other jurisdictions: thirty-four from Alberta; three from Saskatchewan; and one each from British Columbia, Canada (in Ontario), England, Manitoba, South Dakota and Montana. The Lodge took its name from the area in which it was located, and adopted the Canadian work for its ritual with some revision that was made around 1958.