The Nanaimo Masonic Building Society was formed in the late 1990 by brethren from Nanaimo Lodge No. 110 and Doric Lodge No. 18.  This building was then purchased in 1992 and both Lodges opened meetings in September of that year, with Nanaimo Lodge having adopted the Canadian Ritual, and Doric Lodge, the Ancient American Ritual.

This hall was built in 1951, by the members of the Mormon Church, who were residents here for over 30 years.  The Kirkwood Dance Academy purchased the building in 1981, and the Nanaimo Masonic Building Society made the final purchase in 1992.

Besides the two Masonic Lodges, several concordant bodies and associated Masonic organizations make this building their home.  These include the Colville Lodge of Perfection Scottish Rite, Keystone Chapter No. 8 Royal Arch Masons, Crescent Chapter No. 10 Order of the Eastern Star, the Nanaimo & District Shrine Club No. 10, the Morooco Shrine Band, Jobs Daughters’ Bethel No. 11 and Daughters of the Nile.

This building has been made available for numerous activities and community events.  A neighbourhood garage sale raised funds for local media advertising, and the building has been occupied for marriages, funerals, birthday parties, and wedding anniversaries.

The building is designated as a neighbourhood action point in the event of local emergencies and disaster. 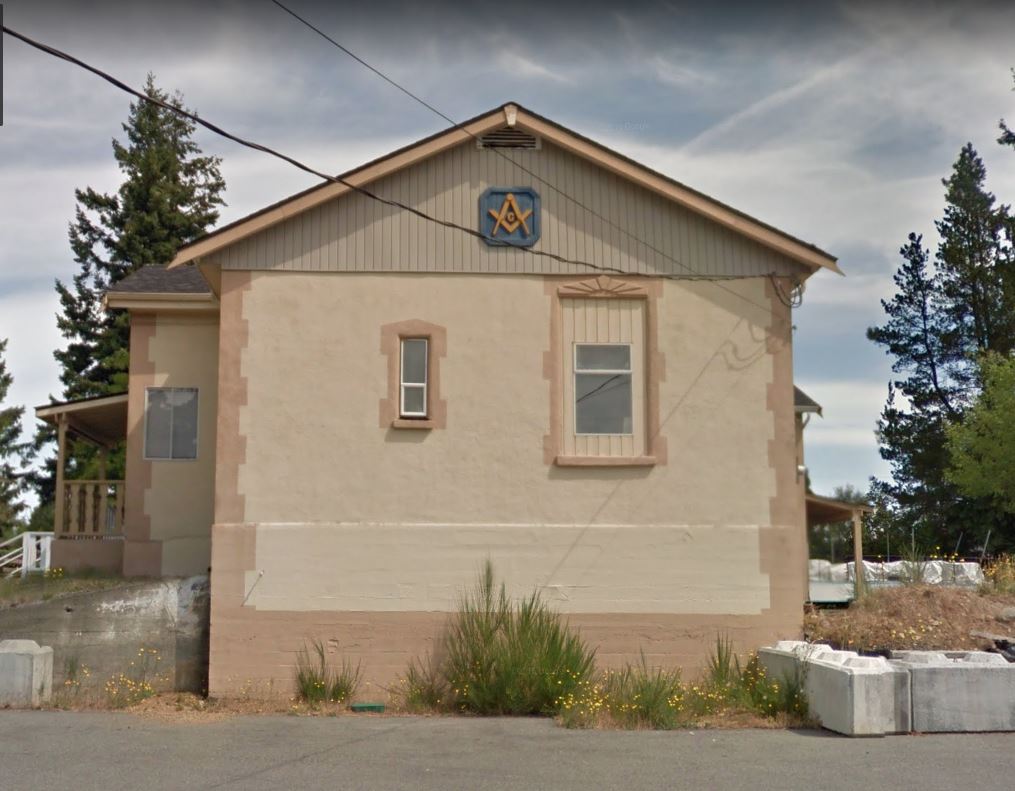 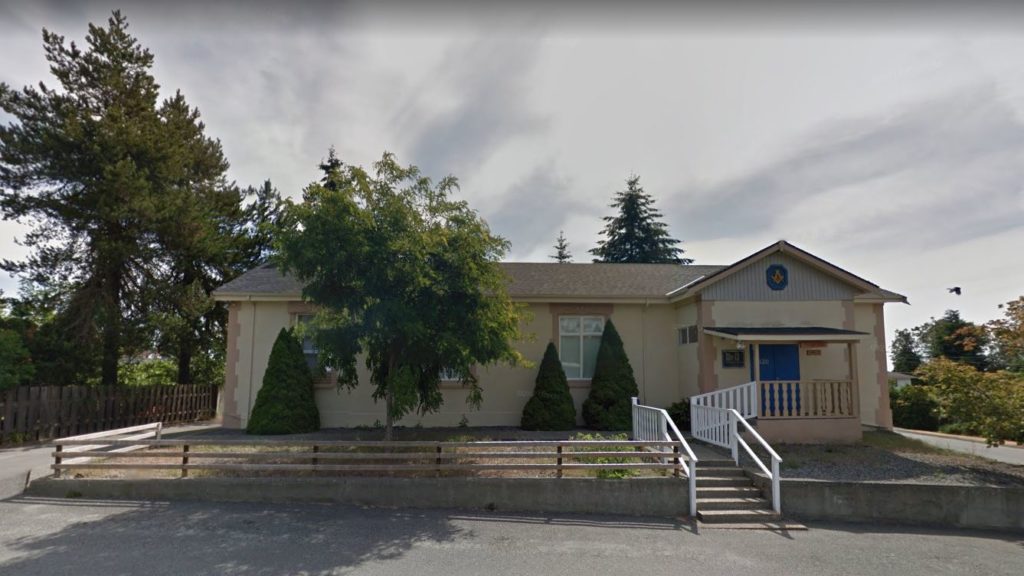 Nanaimo Lodge No. 110, established in 1926, will soon be celebrating our 100 year anniversary in Nanaimo, and Freemasonry in British Columbia. Nanaimo Lodge was known as the Teachers Lodge as many of our members were in the Nanaimo School District. Throughout the years, and even today, there are a good number of teachers in the Lodge. The Lodge practices the Canadian Ritual work.

Nanaimo Lodge No. 110 was active with our local hospital and with several city and municipal governments. Today, there are a good number of business owners involved in the Lodge. Many members are involved with various concordant bodies of Freemasonry in Nanaimo.

Nanaimo Lodge No. 110 holds themed Lodge nights, installation dinners and dances along with golf and community events. One of our main events is the celebration of the history of Coal Mining in the Nanaimo area, depicted in a Master Mason Degree done in mining attire and the Lodge decorated in an underground theme.

There are Brethren from all walks of life in the Lodge and from many areas across Canada and the world.

We meet on the third Monday of each month, except July & August

Doric lodge was constituted July 21, 1892, to serve the citizens of Nanaimo.  It is a daughter lodge of Ashlar Lodge No. 3.  Doric Lodge’s first Worshipful Master was Ralph Craig of Ashlar Lodge and his officers.  Nanaimo, being a coal mining and waterfront town, was quite active and growing.

Doric Lodge awards the Alfred Hitchcock Award scholarship of $1,500, annually to a local student. The Lodge hosts benefit dinners to support Lodge Brethren suffering difficult times. The Lodge also has made donations to many worthy causes, both locally and internationally.

Doric Lodge has had members from many walks of life; city officials, judges, medical practitioners, lawyers, politicians, newspaper men, businessmen, loggers, miners, police officers, financial, marine workers, railway workers, millworkers, and construction workers.  The members of Doric Lodge No. 18 have served this city for 128 years with pride and honour and look forward to another 128 years of service.