Ashlar Masonic Temple was built in 1923 for the Freemasons of Nanaimo and area. It is oriented due East and West as Masonic Lodges should be. It also had a dedicated commercial space on the ground floor that is still there today contributing to the local economy. This simple but architecturally beautiful building is on the Canadian Register of Historic Places as well as the Nanaimo Heritage Register. It was built to replace an even older Lodge building on this site that was constructed in 1873.  The man you see on the mural of the side of the building is Marcus Wolfe, Past Grand Master of BC and a Nanaimo resident.  The cornerstone for this building was laid in 1923 in an ancient Masonic ceremony.

A Lodge is a physical building.  It is also what we call a group of Freemasons.  Ashlar Masonic Temple is the physical building you are standing in front of now.  It was designed and built by the same architect who designed the original Nanaimo hospital and is a fine example of Classical Period Revival Style Architecture. Ashlar Lodge No. 3 is the name of the original group of Freemasons who met and still meet here and they have been doing so for over 150 years. This building is also home to the Order of the Eastern Star, Nanaimo Chapter, a Masonic organization of both women and men that is over 150 years old. You can learn more about the rich history of Ashlar No 3 further down the page. 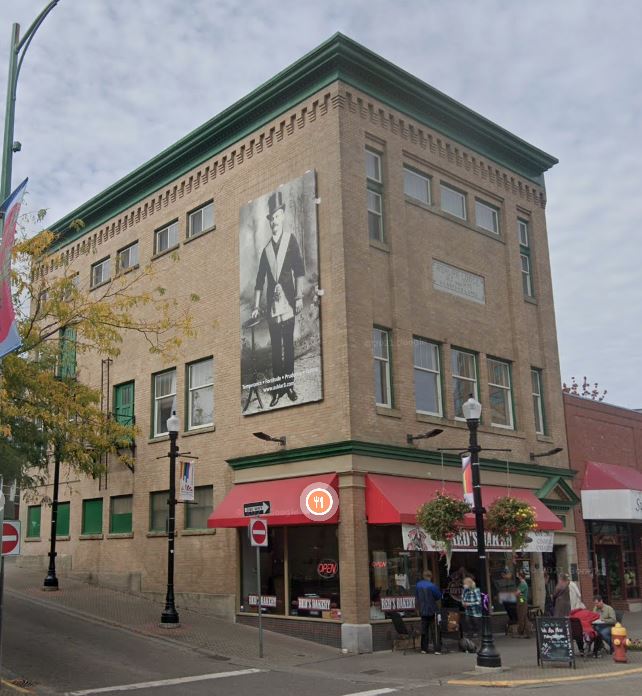 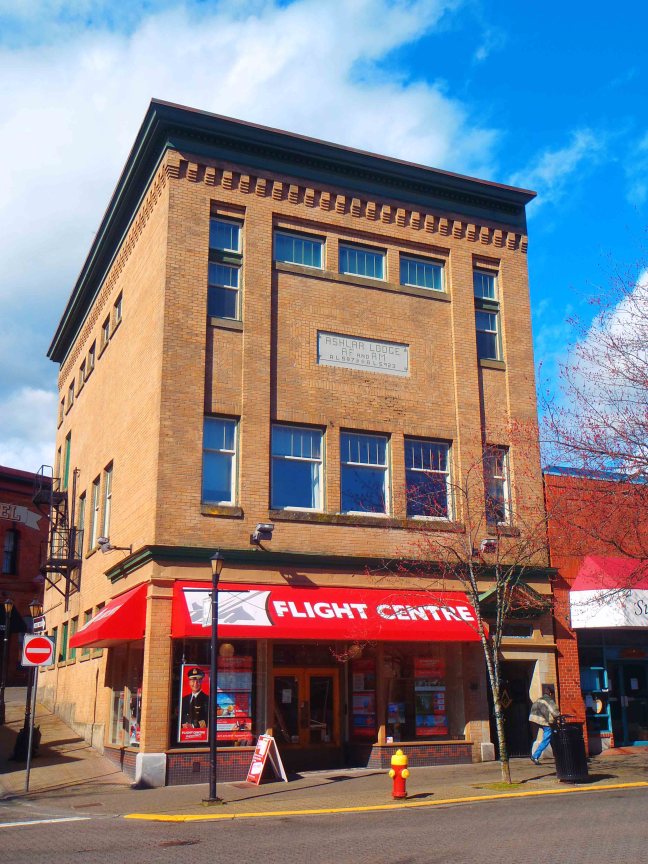 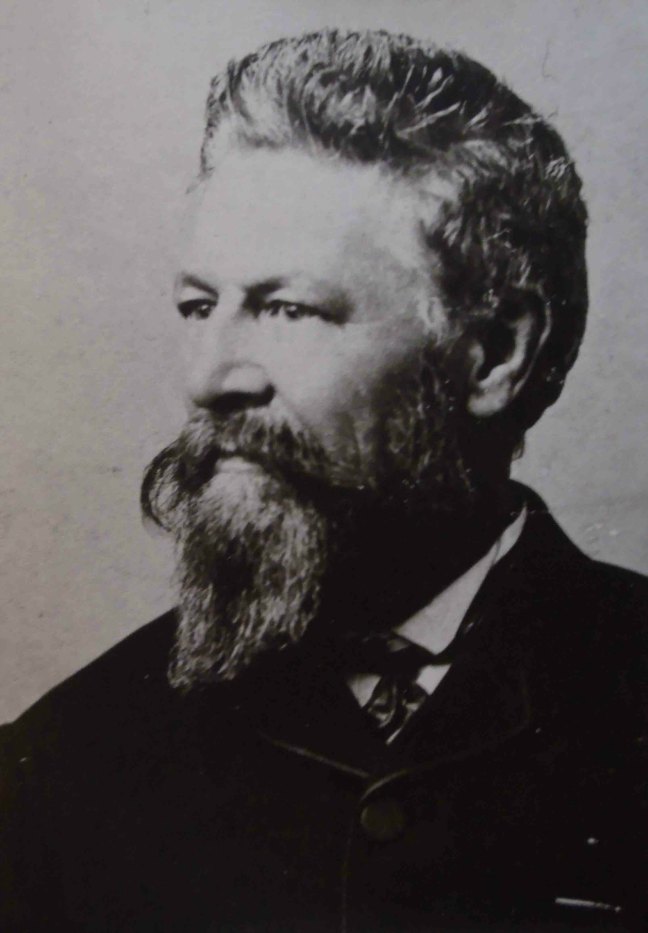 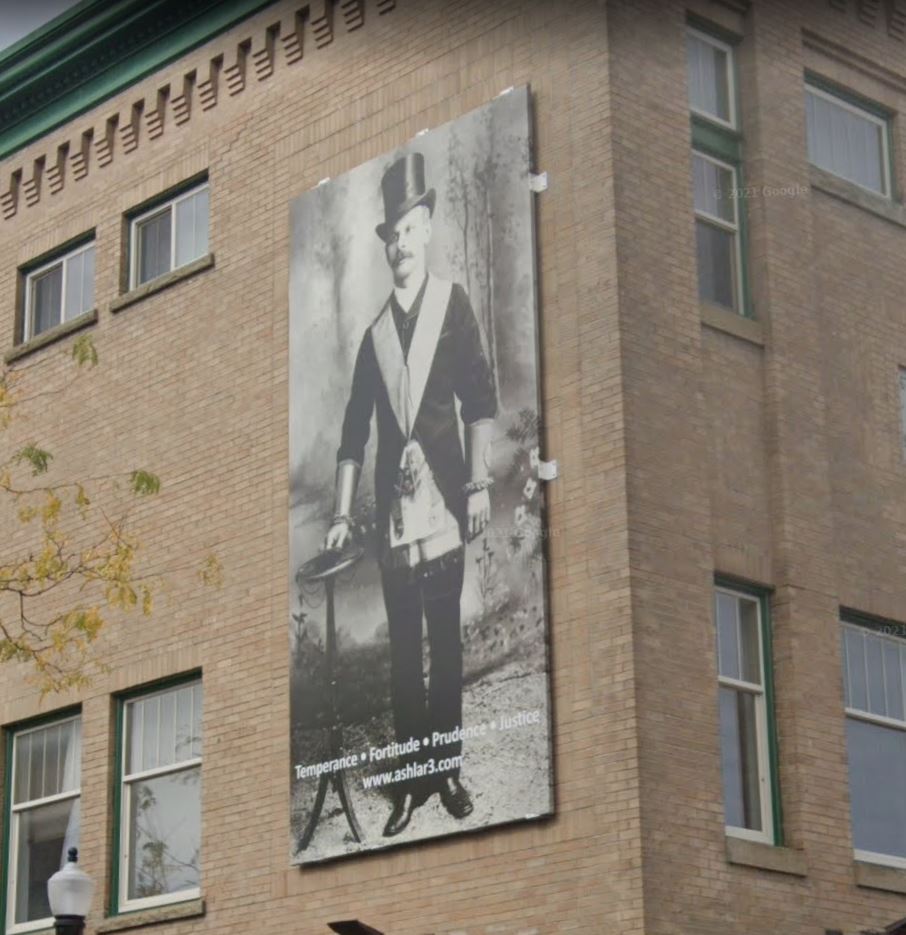 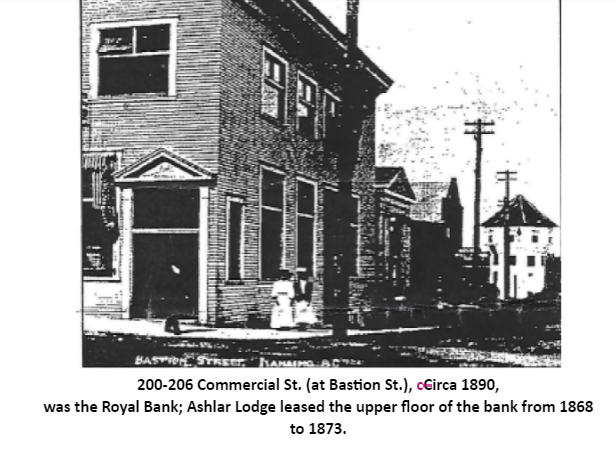 Ashlar Lodge, No.3 and its members have a long and honourable history in Nanaimo, B.C.

Freemasonry started in Nanaimo in 1865, when English and Scottish Freemasons began to meet in informal Lodges, since there were no constituted Lodges in what was then the Colony of Vancouver Island.  Some of these Nanaimo Freemasons decided to set up a duly recognized Masonic Lodge and petitioned the United Grand Lodge of England for a new Lodge Charter, which was duly issued to Nanaimo Lodge, No. 1090, E.C., and which held its first formal Lodge meeting in Nanaimo on May 15, 1867, in a one-storey house (long since demolished) on the south east corner of Hecate Street and Cavan Street.

Several Scottish and American members decided to form their own new Lodge and petitioned the Grand Lodge of Scotland for a Charter, which was duly granted as Caledonia Lodge, No. 478, S.C.  The first meeting of Caledonia Lodge, No.478, was held on November 18, 1867.

Ashlar Lodge No. 3, formed in 1872, is still working in the Ashlar Masonic Temple today.