Structural Ties to the Community

The building in front of you was constructed in 1904 by the Delta Lodge of the independent Order of Odd Fellows.  Purpose built with a lodge hall on the top floor and a leased space on the ground level.  Local Businesses from Royal Bank to Jewellers, Barbers, Funeral Parlours, law Offices and photo shops have occupied this space and contributed to the local economy for over a century.

The Making of a Masonic Temple

In 1920, the building was purchased by the Royal Bank and has been used by Freemasons since that time. In 1965, It was purchased and is now owned by the Delta Masonic Building Society.  In that year, the ground floor was remodelled and a staircase added.  In the early 1980’s, the lighting in the Lodge room was redone to reproduce the constellation of stars in the night sky in 1920 which is the year that Ancient Light Lodge No. 88 (the original Lodge of Freemasons to meet here) was consecrated. A fire in 1997 prompted a re-build of the kitchen, storage and entryway.

There are two lodges that meet here.  Ancient Light Lodge No. 88 and Tsawwassen Lodge No. 185.  The Fraser chapter of the Order of the Eastern Star also meets here, a Masonic organization for women of all ages and backgrounds. Both Lodges are very involved in community and Masonic Leadership.  You can learn more about both lodges further down the page. 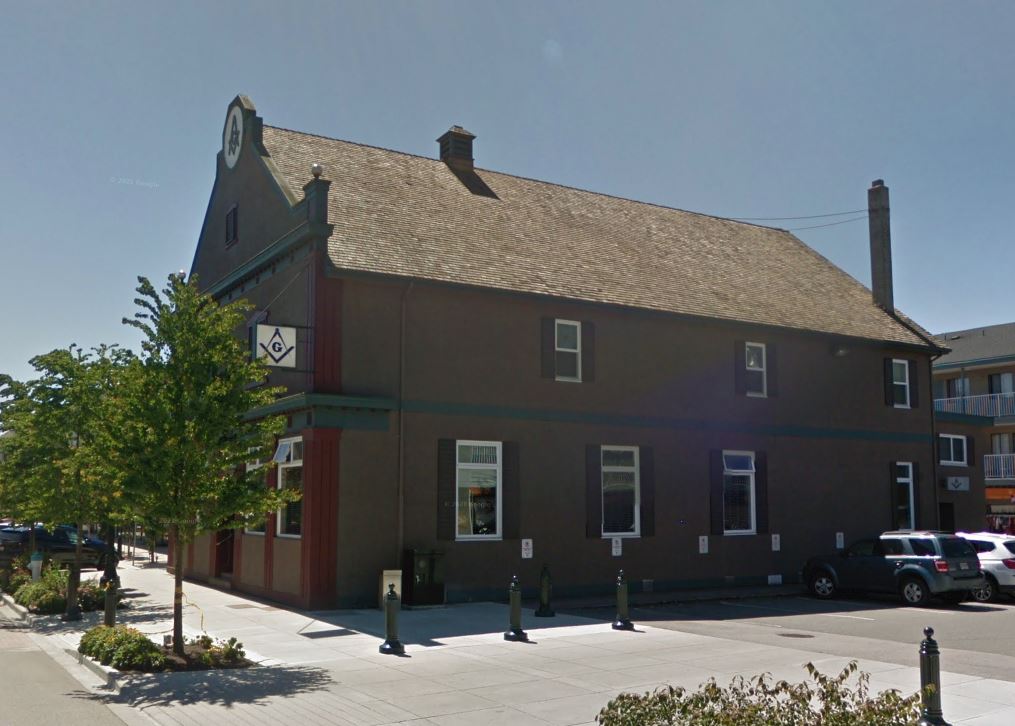 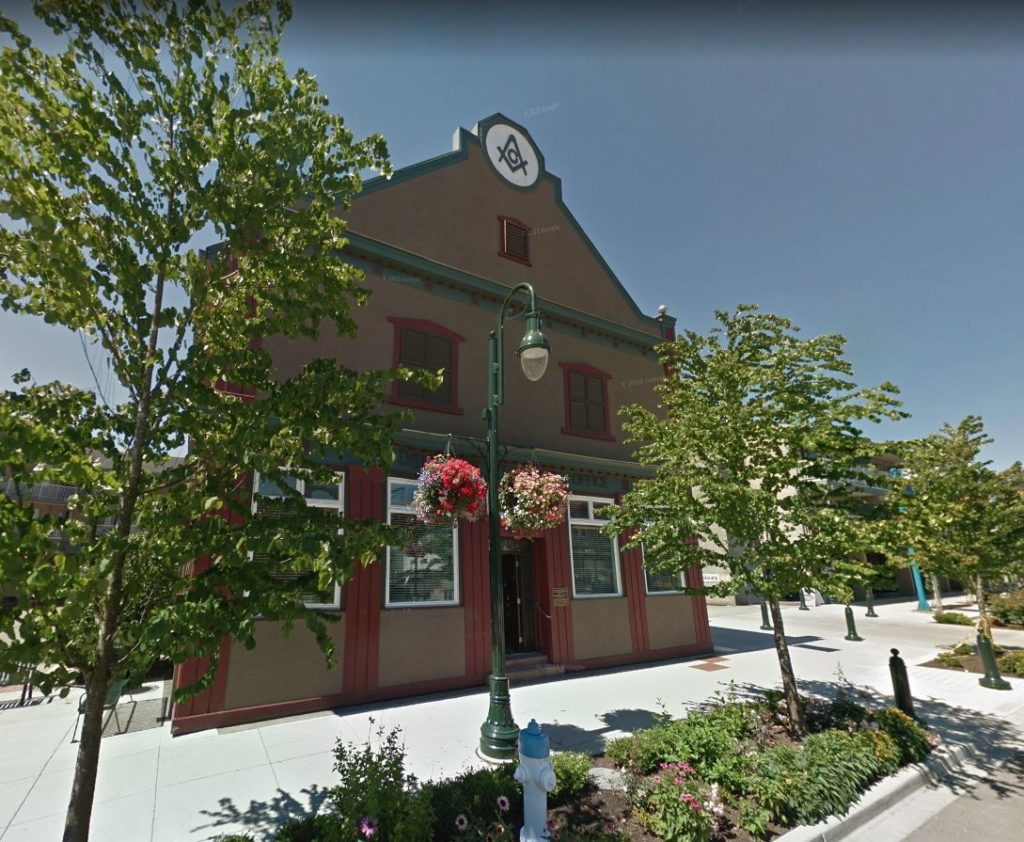 2020 marked the 100th anniversary of Ancient Light Lodge No. 88, “the Farmers’ Lodge.”  This epithet symbolizes the early rural nature of the community of Ladner and the members who have served at its core.

In late 1919, a small group of Masons gathered in McNeely Hall on Chisholm Street in Ladner to discuss the idea of forming a Masonic Lodge.  Present were some of the leading men in the small rural community: farmers such as Paul Ladner, son of the town’s founder William Ladner; Robert Esplen, farmer in east Delta and former Klondike Gold Rush miner; Frank and Ben Brandrith, of south Delta; and Westham Island farmers George London, Charles Kettles, and Charles Trim.  Other notable persons included Simeon Fisher, owner of Fisher’s Drug Store, William Wilson, partner in the Big Store; Ernest Berry, owner of the town’s lone bakery; Dr Alfred King, the town’s lone doctor; Neil MacDiarmid, Municipal Clerk of Delta; and Charles Dobbins, principal of King George V High School.  A petition was sent to Grand Lodge and a Lodge of Instruction was granted.

Four assemblies were held between December and January, and on February 2, 1920, the Lodge was visited by the District Deputy Grand Master and the Grand Secretary, together with a number of Masonic members from Lewis Lodge, King Solomon Lodge, and Union Lodge in New Westminster.  At this meeting the Lodge expressed the desire, that should a Dispensation be granted to form a new Lodge, that it be designated as Ancient Light Lodge.  Charles Dobbins, who would eventually become the Lodge’s third Worshipful Master, is credited as the source for this name, and references the light that emanated from the Ancient Lamp of Aladdin.  This request was approved. On March 1, 1920, the District Deputy Grand Master, Right Worshipful Brother J.N. Aitchison, formally handed to Worshipful Brother E.L. Berry, a Dispensation to hold a Regular Communication. The officers of the newly formed Lodge were invested with their respective badges and following the proceedings the visiting brethren were entertained at the Ladner Hotel.  At the annual Communication on June 17, 1920, Grand Lodge ordered the charter for Ancient Light Lodge No. 88, and on July 14, 1920, the Ceremony of Constitution and Consecration of the Lodge was conducted by Most Worshipful Brother Frank J. Burd, assisted by other Grand Lodge Officers.  The Lodge adopted the Canadian work for its ritual.

Tsawwassen Lodge No. 185 had its beginnings in the early 1980's, when a group of men, some Freemasons, got together in Tsawwassen to consider the possibility of forming a Masonic Lodge. Many of these men had moved to Tsawwassen, the “Sunshine Capital of B.C.”, from other parts of the country.

Despite their enthusiasm, they soon discovered it was not going to be easy. First, there already existed a very successful Lodge just a few kilometres away in Ladner: Ancient Light Lodge No. 88, founded in 1920.

The first proposed idea was to join Ancient Light Lodge. rather than facing the challenges of forming a new Lodge.  They then learned that a building suitable for a Lodge Hall in Tsawwassen would be expensive given the real estate market at the time. Undeterred, they settled on a compromise.

In the 32 years since its Constitution, Tsawwassen Lodge has truly gone from strength to strength, maintaining a healthy membership and providing many District Deputy Grand Masters and Very Worshipful Appointees.

The Lodge's most memorable moment, to date, occurred in 2004, when Tsawwassen Lodge provided two Grand Masters simultaneously - Most Worshipful Brother Bill Unrau of British Columbia, and Most Worshipful Brother Satoru ("Sat") Tashiro of Washington State. Few Lodges can boast of that unique achievement! Brethren from Tsawwassen Lodge can easily be identified by their red bow ties.

They meet in the Ladner Lodge Hall on the second and fourth Wednesdays of the month.