History older than Kamloops Itself

The grand building you are standing in front of is the fourth home for Freemasonry in Kamloops.  Kamloops Lodge No. 10 was constituted in 1886, predating the incorporation of the city of Kamloops by 7 years.  The Lodge first met in the Hudson’s Bay Fort, then in 1888, moved to a building at 263 Victoria Street. They remained there until 1922, when they moved to another location at 300 St. Paul Street with another newly formed Lodge, Mt. Saint Paul No. 109.  Both Lodges remained there until 1975.  The Kamloops Masonic Temple Association was formed by the Lodges in 1936 and in 1975 they commissioned the construction of the building you see in front of you. It is the tallest building in Kamloops and is home to 106 rental suites as well as the Lodge room and banquet hall.

A Grand Centre for The Masonic Family

Not only do Kamloops No. 10 and Mt. Saint Paul No. 109 meet here to practice their Craft, it is also home to other Masonic organizations that share almost as much history in this community.  The Royal Arch Masonry chapter was constituted in 1921, the Ancient and Accepted Scottish Rite in 1976, the Order of the Eastern Star in 1914 (a Masonic organization for Women of all ages and backgrounds) and the Shrine in 1945.  The Lodges and these concordant Masonic bodies are actively involved in the community and charities, including the Royal Inland Hospital Foundation, the Thompson Rivers University Foundation, and the local food bank and Mustard Seed.  You can learn more about the Lodges’ histories further down the page. 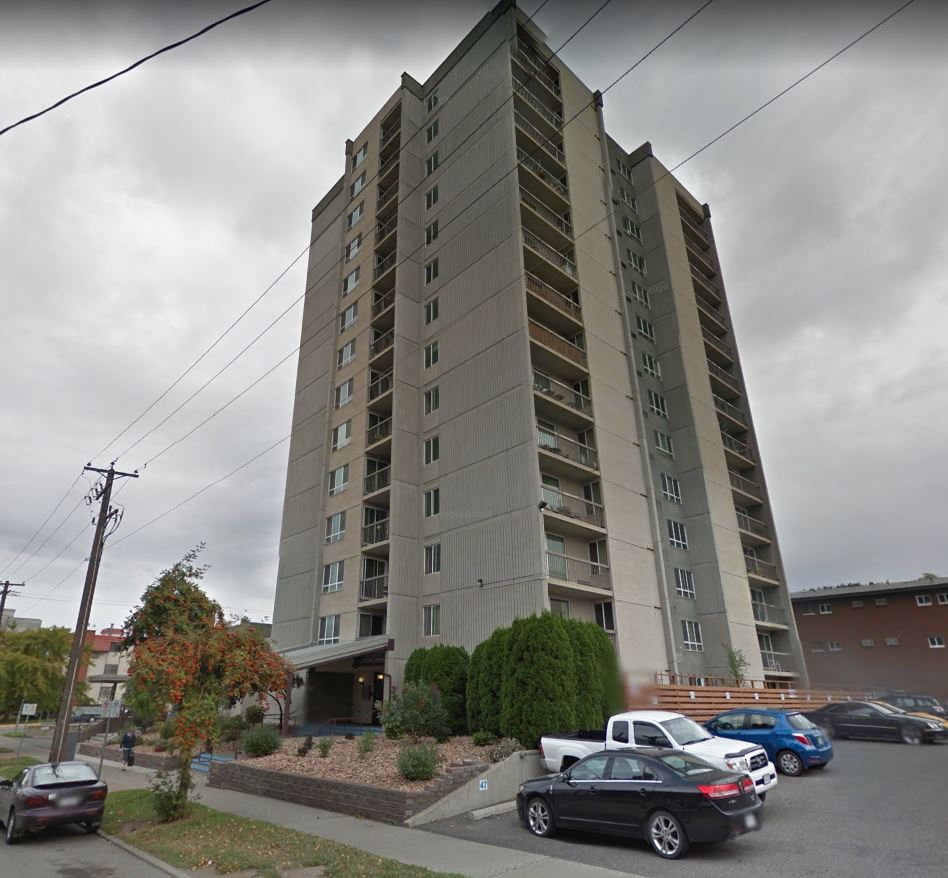 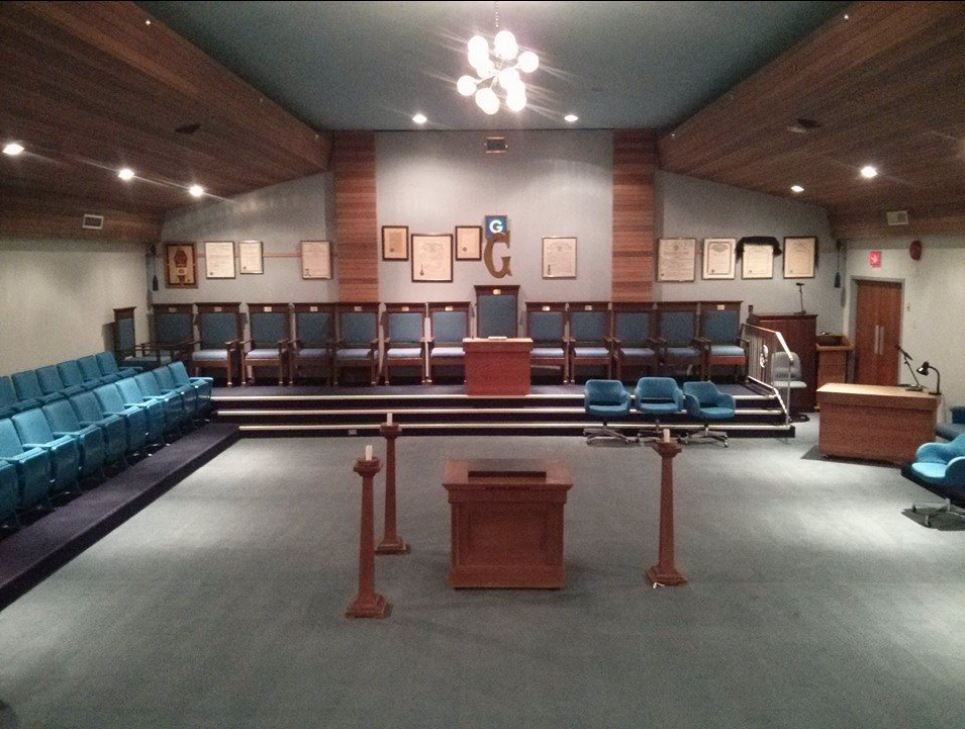 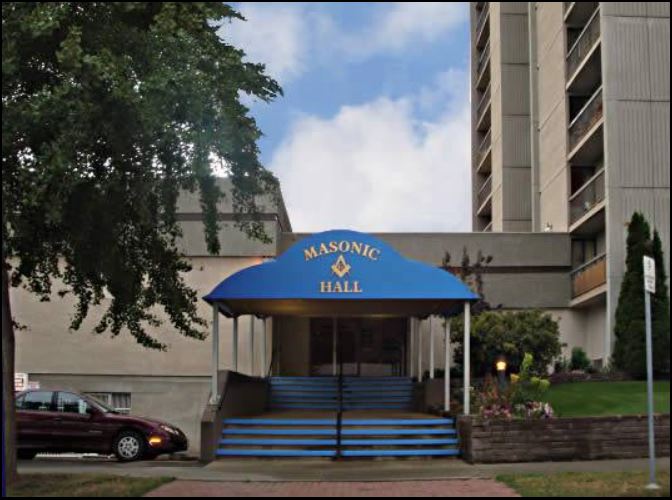 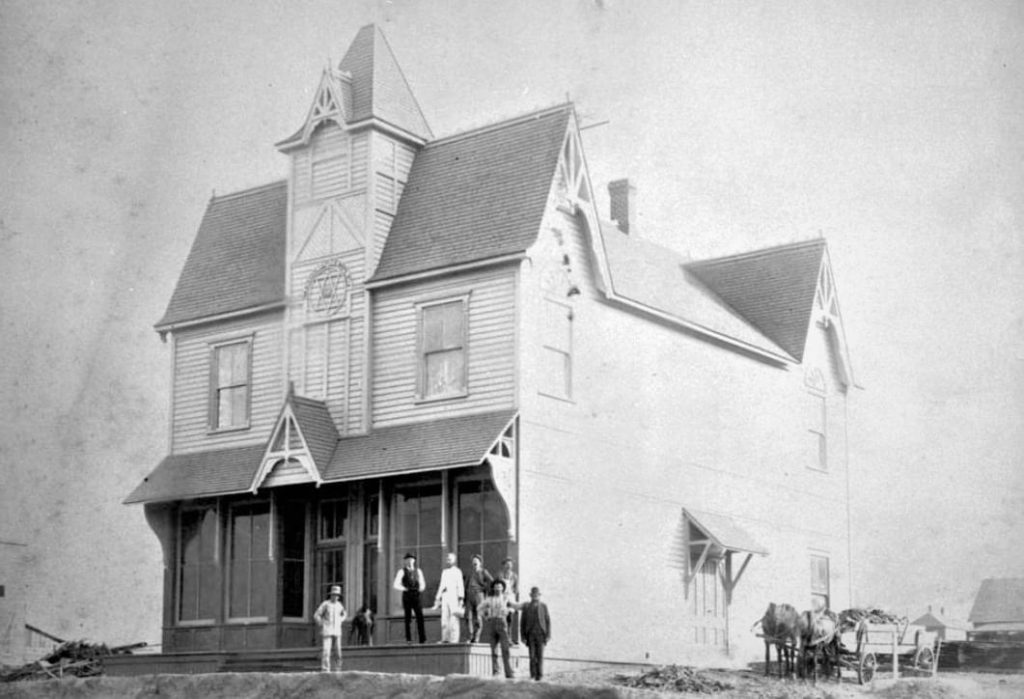 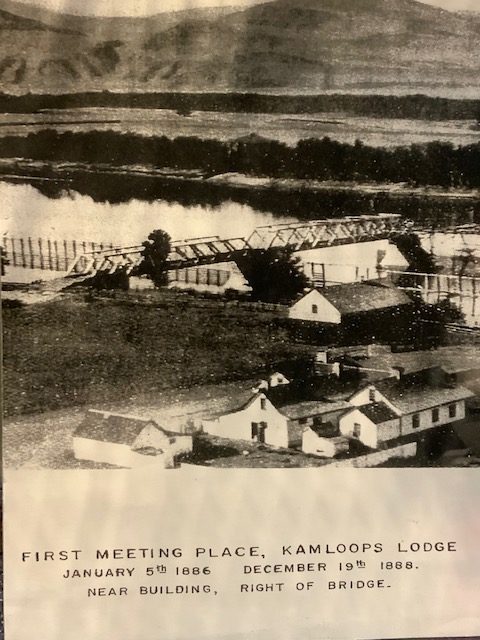 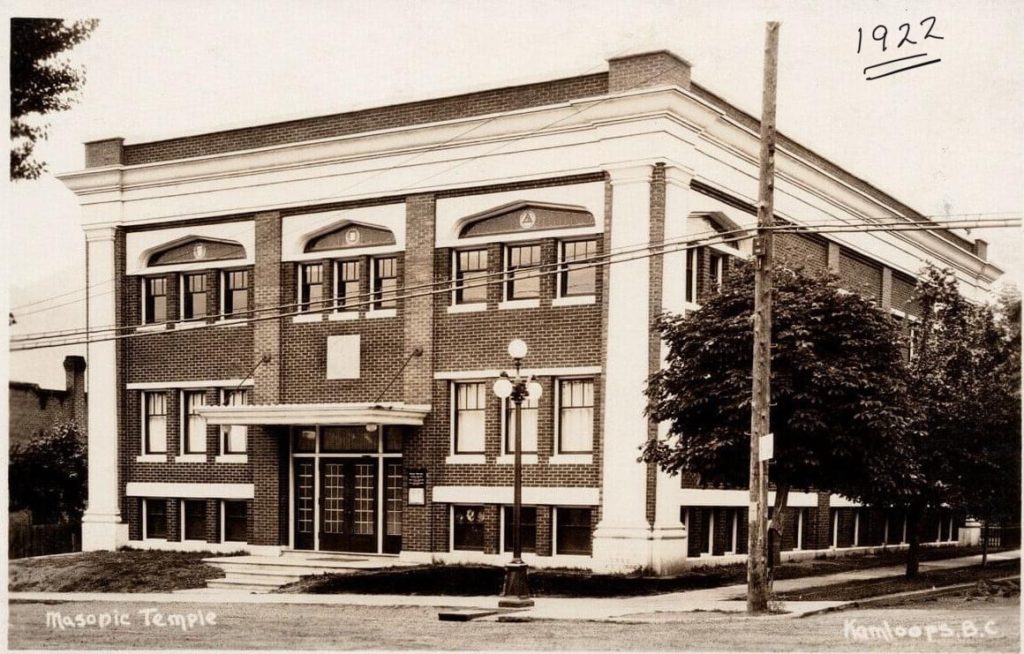 In 1885, the Rev. D.H.W. Horlock, an Anglican Church minister from England, and nine charter members, leaders in the community, submitted an application to form a Masonic Lodge in Kamloops to the nearest Lodge in New Westminster.  Union Solomon Lodge No. 9 approved the application and subsequently dispensation was granted by the Grand Lodge of British Columbia, in Victoria, to form the Lodge in Kamloops. The Grand Lodge of British Columbia issued Kamloops Lodge No. 10 its charter on June 21, 1886.

Kamloops Lodge No. 10 was the first to be constituted after the formation of the Grand Jurisdiction fifteen years earlier in 1871. It is interesting to note that the railways were not yet completed and the city had not yet been chartered.

The first Worshipful Master, Very Worshipful Brother Horlock, a Freemason from England, brought the work, Emulation ritual, with him and was instrumental in introducing it to the Lodge. The Lodge continues to practice that work today.

The Lodge met in an old building on the grounds of the Hudson’s Bay Fort from 1886 to 1888. In 1888, the Lodge constructed a new building at 263 Victoria Street, and meetings were held there until 1922. In 1922, the Lodge constructed another new building at 375 3rd Avenue and occupied it until 1974. In 1924, Mount St. Paul Lodge No. 109 was constituted. Both Lodges continued to practice their work there until 1975 at which time, they moved into the current Lodge building.

The current building, the Kamloops Masonic Centre is currently home to the two Craft Lodges and the concordant bodies, the Masonic family consisting of Royal Arch, Scottish Rite, Order of the Easter Star and the Shrine Club. The building is owned by a society, the Kamloops Masonic Temple Association that was founded in 1938. The Brethren of the both Lodges are members of that society.

Kamloops Lodge No. 10 currently has eighty-six members. The Lodge meets on the 2nd Tuesday of the month at 7:30 p.m. excluding the months of July and August.

A more detailed history of the Lodge can be found on the website, Kamloops Freemasons.

On December 5, 1923, Mount St. Paul Lodge No. 109, a daughter lodge of Kamloops Lodge No. 10, was formally instituted under dispensation.  Thirty-seven charter members, the majority being from Kamloops Lodge, met that night to celebrate the start of a new lodge in Kamloops. On September 1, 1924, our lodge was officially born when the Grand Master, Most Worshipful Brother Stephen Jones, constituted Mount St. Paul lodge as number 109 on the grand register of British Columbia and presented the Lodge its charter.  Our first Worshipful Master was Worshipful Brother RG Pinchbeck. In addition to four Grand Lodge officers, there were twenty-one charter members and sixty-five visitors on hand for the meeting. The last surviving charter member, Right Worshipful Brother G Hilliard, passed away in 1971.

Our first Lodge building, shared with Kamloops Lodge, was at Third Avenue and St. Paul Street, the site of the present-day Telus Building.  While this location was sufficient to needs in the early half of the 20th century, the need arose for a larger, more sustainable building.  Following a great deal of planning and fund raising the present building at Fourth Avenue and Nicola Street, containing the Lodge room, banquet hall and a 108-suite apartment complex, was opened in 1975.

Following a somewhat rocky start in the earlier years, our history has been characterized by a growing closeness and fellowship with Kamloops Lodge and indeed all of the Lodges in the district.  In February 1945, an historic occasion occurred in the Lodge when Brother Cyril Pinchbeck was brought into the Craft by his father, Very Worshipful Brother C. Pinchbeck.  Notwithstanding other such father-son ceremonies, this was the first in our Lodge. In addition, Brother Pinchbeck’s uncle, Right Worshipful Brother R.G. Pinchbeck, was the charter Worshipful Master of the Lodge.  Truly a family affair!

Since the inception of the Lodge in 1923, there have been well over 600 members; our current membership (as of 2021) stands at just under ninety.  Like a lot of other organizations, our membership is aging, and we look forward to welcoming new, younger members into the Lodge.

Mount St. Paul Lodge No. 90 has been blessed with strong, visionary leadership throughout its history.  It has grown and prospered and faces the new millennium confident of its ability to meet the needs of its members and remain relevant in the community.  We can look back at nearly one hundred years of accomplishment with pride.