The building you see in front of you was constructed in 1912 from plans drafted by one of its founding members.  The land and building were paid for by the members of Temple Lodge purchasing ownership debentures of $50. This building was, and still is, a great representation of the talents and dedication of Freemasons in this province and specifically in the Cowichan Valley.  The Temple was constructed with commercial space on the ground floor as is the custom for many Lodge buildings around the world.  These commercial endeavors not only support the community but create income for the Lodge for upkeep, maintenance, and future endeavours.  The Cornerstone is still visible in the North East corner of the building and has hidden treasures inside.

The members of Temple Lodge take part in many charitable endeavours in the local community.  Of note is the Cancer Car program which, for years, has transported local cancer patients to their appointments in Victoria and beyond.  This Masonic Temple was a dedicated hub for this program.  Temple Lodge No. 33 whose members own the building isn't the only member of the wide Masonic family that meets here.  It is also home to Tzouhalem Royal Arch Chapter No. 26, a concordant body of Freemasonry. You can learn more about Temple Lodge and the hidden treasure further down the page. 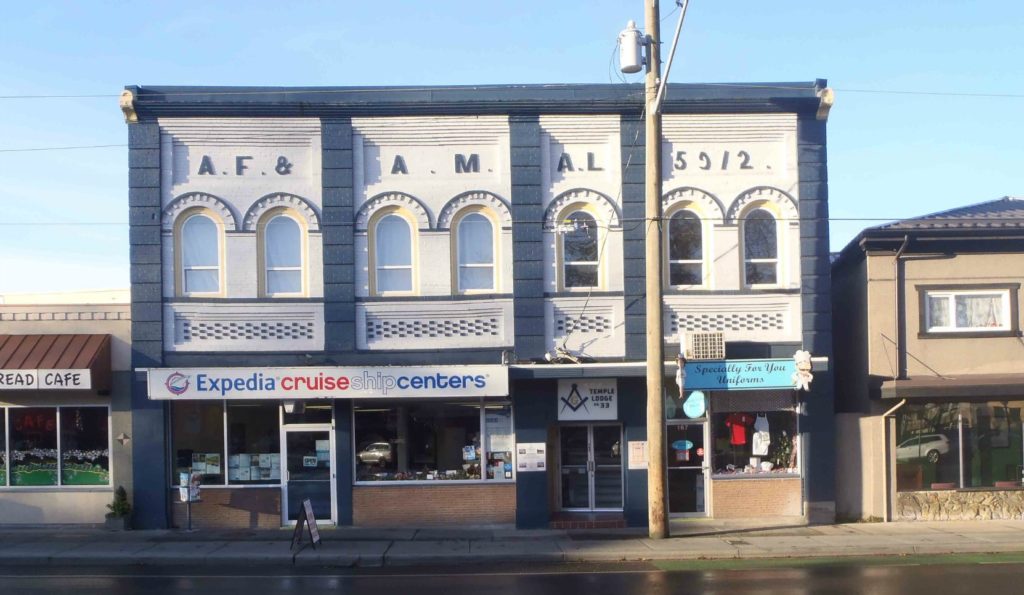 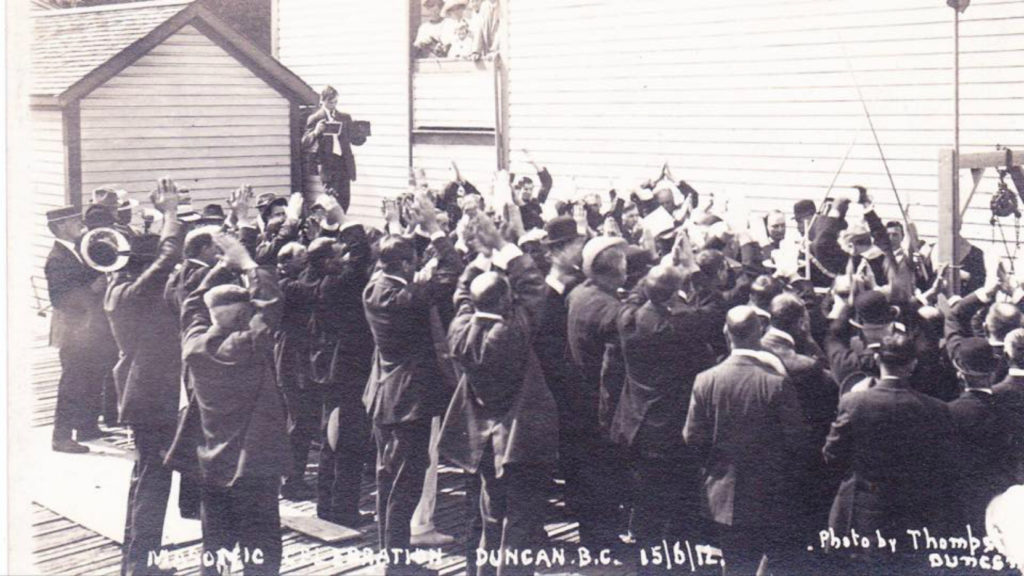 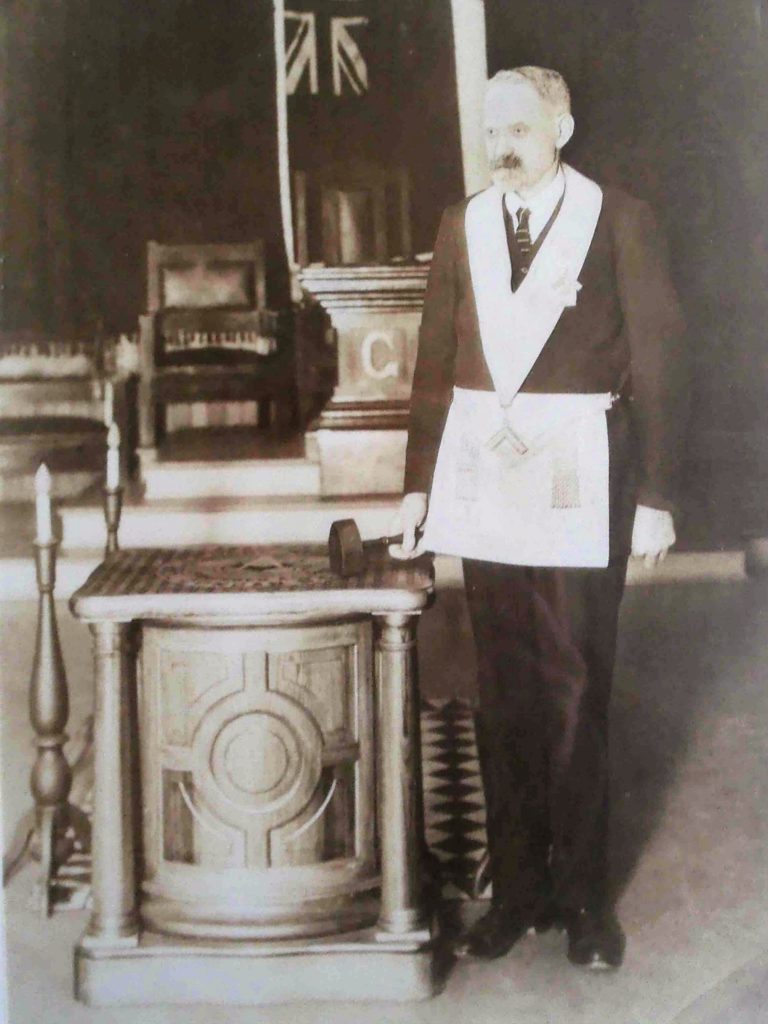 The Duncan Masonic Temple was constructed in 1912 at a cost of $9000 on land purchased for $2400 from the neighbouring landowner, Mrs. Maria Norcross.  Construction of the building was financed by selling $50 debentures to Temple Lodge No. 33 members. Interest on the debentures was 7% per annum and all the debentures were redeemed by 1933.

Plans for the building were submitted to the Lodge by Worshipful Brother Christopher Dobson.  The original building contract shows that Worshipful Brother Dobson, despite not being a trained architect, designed the Duncan Masonic Temple and drafted the plans for the building himself.  Like many 19th and early 20th century Masonic Temple buildings, the Duncan Masonic Temple was designed with commercial space at street level. Those commercial operations have provided rental income to support maintenance and building upkeep for over a century.

The cornerstone, which is still visible on the north east corner of the building exterior, was laid by the Grand Master, Most Worshipful Brother F.J. Burd, on June 15, 1912.  The local Cowichan Leader newspaper reports of the Cornerstone ceremony, that the “Grand Treasurer placed within a cavity in the stone a sealed casket containing Canadian coins of the current year, copies of the Cowichan Leader, the Daily Colonist and the Daily Times, the list of members of the Duncan Masonic Lodge, a certified list of the Mayor and Aldermen of the City of Duncan and other Masonic papers.”

The Duncan Masonic Temple building was dedicated by the Grand Master, Most Worshipful Brother John M. Rudd, in a public ceremony on October 26, 1912, and has been the home of Temple Lodge No. 33 ever since. Tzouhalem Chapter No. 26 and Royal Arch Masons have been meeting in Temple Lodge since 1926.

Temple Lodge has proudly been a hub of the Cancer Car Program with a vehicle stationed in Duncan to serve the needs of cancer patients in the Cowichan Valley.  The Brethren of Temple Lodge continue to be active members of the community and contribute to community events and charities as needs arise.