BY THE LIGHT OF THE MOON

The building you are standing in front of was not the original Masonic Temple in the Comox Valley.  Hiram Lodge No. 14 was constituted in 1891, making it one of BC/Yukon’s oldest Lodges. Originally, this group of Freemasons met at a building in what is now Lewis Park, then one on the Old Comox Road.  A picture of the “abandoned” lodge building can be seen on this page.   In the 1890’s, there were very few, if any, streetlights in the Valley and so it was decreed that Hiram Lodge would meet on certain nights when there was a full moon denoting it a “moonlight Lodge”.  This allowed Brethren to travel from places like Denman Island and Union (which is now Cumberland) with as much light for their journey as nature could provide.

A PLACE FOR GATHERING AND FELLOWSHIP

In 1923, Hiram Lodge No. 14 moved into the building in front of you which was purpose built for them.  The Courtenay Masonic Temple association, who owns the building, is staffed by members of Hiram Lodge No. 14.  In 1986, Comox Lodge No. 188 was formed and, after meeting for years in an old church they had purchased, decided to come back to the Courtenay Masonic Temple where they still meet to this day.  This building is also home to many concordant bodies including but not limited to Royal Arch and Eastern Star.  You can learn more about Hiram No. 14, Comox No. 188 and the concordant bodies further down the page. 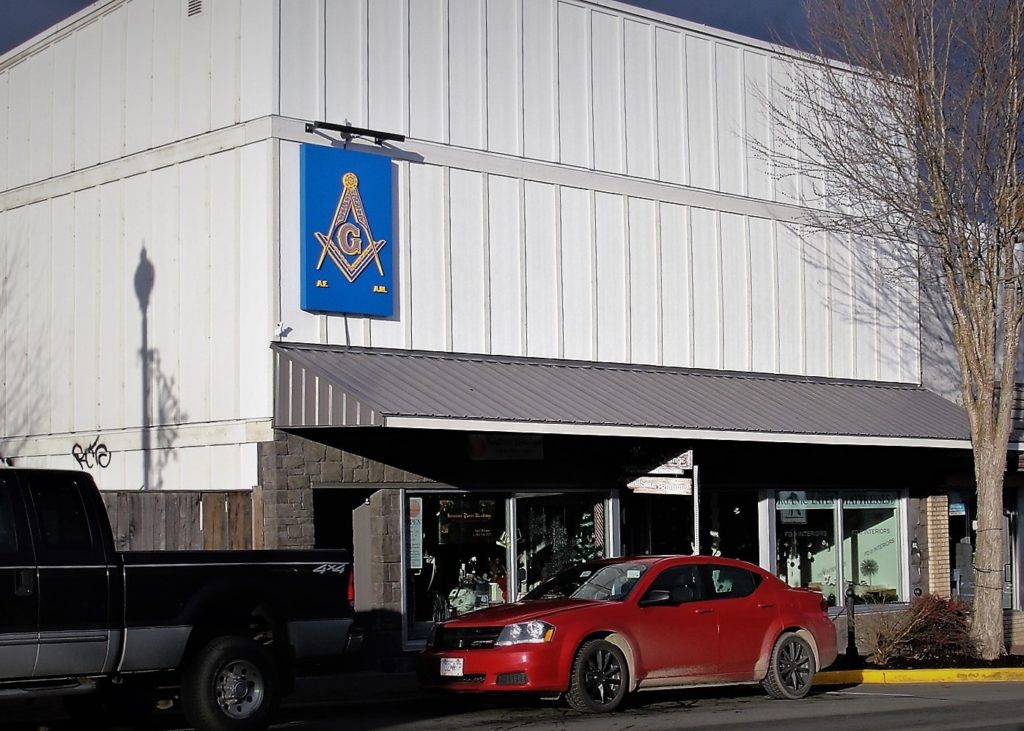 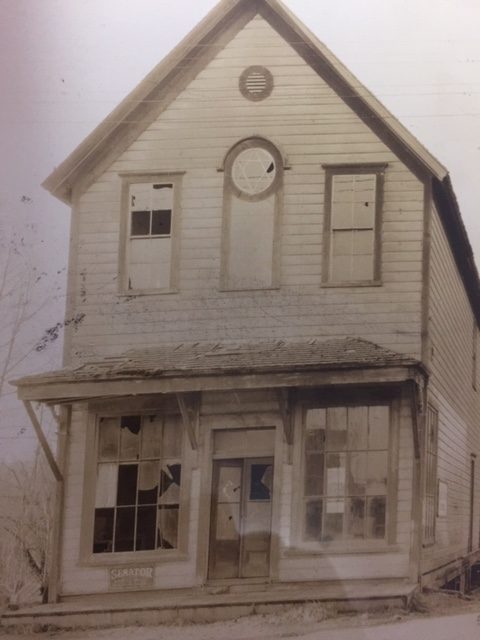 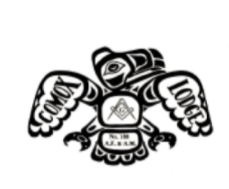 “The Friendly Lodge with The Innovative Spirit”

Comox Lodge No.188 was created August 16, 1986, by several Brethren who had a strong desire to create a Canadian Work Lodge in District 22.  The Founder,  Right Worshipful Brother Bernard “Bud” Tarling, along with Right Worshipful Brother W.F. Osborne and 20 Brethren drawn from the Comox Valley, decided on the name Comox Lodge 188. Our short heritage is rich and diverse within the Comox Valley and District 22 of the Grand Lodge of British Columbia and Yukon.

Approval to use indigenous symbols such as the Thunderbird was sanctioned as a good will gesture by the Comox First Nation. First renting from Hiram Lodge No.14, Courtenay, the Lodge later purchased a former Anglican Church Building at 215 Church Street, Comox.  The Brethren completed a major renovation of the old church and after several years of determined effort paid down the mortgage with the usual grit of fundraising events and debentures. At its high point, the Lodge had over 80 members. From its membership over the past 34 years, and in testament to Masonic leadership, the Lodge has produced one Grand Master, six Deputy District Grand Masters, two Very Worshipful Brethren and a Grand Organist.

The Motto, “The Friendly Lodge with the Innovative Spirit”, was well earned and the Lodge was mortgage free.  Unfortunately, over time the membership fell off, and with escalating building fees, taxes and maintenance, the sale of the property was forced upon us.  In 2008, Comox Lodge returned to the 5th street Masonic Centre in Courtenay.

The  Lodge has always enjoyed the fellowship of “Blighty Night” our premier annual event where all things British are embraced with mirth and laughter.  Comox Lodge has always been a strong supporter of the community with two $1000 bursaries donated annually to students pursuing post-secondary trades training.  Ever mindful of those in need, the Lodge has also contributed financially and supports St George’s United Church’s “Sunshine Lunch” program.

More recently, the Worshipful Master introduced the “Books for Bikes" charity to the Comox Valley Intermediate Schools, as a unique opportunity to improve reading skills and physical exercise of the middle school children.  The Lodge has donated at least two bikes to every Intermediate School in the valley for the past two years.

The Moon Lodge- Hiram Lodge No. 14

Masonic Lodges have existed in British Columbia since 1861, authorized by the Grand Lodges of England to hold meetings and make Freemasons.  To form a Lodge, the Freemasons of the Comox Valley had to find a sponsor, and Ashlar Lodge No. 3, in Nanaimo, agreed to take on the responsibility. Ashlar Lodge No. 3 is thus considered the “Mother Lodge” of Hiram Lodge No. 14.

In October 1890, Ashlar Lodge, recommended to the Grand Master of the Grand Lodge of British Columbia that “Dispensation” be given to form a Lodge in the Comox Valley, resulting in 11 qualified craftsmen forming Hiram Lodge, which was subsequently constituted on July 22, 1891.  At this time, Hiram was meeting in the upper rooms of the building that stood in what is now Lewis Park.

In 1891, there were very few roads, no streetlights, no vehicles, and mostly horse drawn wagons.  This is how “Moon Lodges” came into being.  It was decreed that each Lodge should meet on a particular night, so that sojourning Brethren would know when the Regular Meetings were scheduled.  The Grand Lodge of British Columbia gave Hiram Lodge permission to hold their Regular Meetings on the Thursday on or before the full moon of each month.  This gave the Brethren, coming to Lodge and going home, some light to make their journey less hazardous.  Thus, Hiram became known as a “Moon Lodge”.  If you were in town you could walk.  If you lived out of town, you could ride horseback or hitch-up the buggy, all aided by the light of the moon.  If you lived on Denman Island, Brothers would mostly row across to Buckley Bay and jump into a prearranged ride.

The miners of Union had more fun; they would climb onto a pump handle driven scooter and head from Union down the tracks to Courtenay.  Going down to Courtenay was easy, you just had to keep the scooter from running away; but going home, each person took turns to pump the handle of the scooter uphill all the way to Union.  Soon the Freemasons of Union decided to form their own lodge, Cumberland No. 26 which remains active there to this day.  After meeting for years in a building on the Old Comox Road in Courtenay, Hiram Lodge No. 14 moved to its present location in Courtenay in January 1923.

Currently, in addition to Hiram Lodge No. 14 enjoying this building, the following concordant bodies meet here:  Comox Lodge No. 188, Cryptic Rite-Alpha Council No. 11, Order of the Eastern Star- Florence Chapter No. 83, Royal Arch Masons-North Island Chapter No. 10, and Scottish Rite-Strathcona Lodge of Perfection.